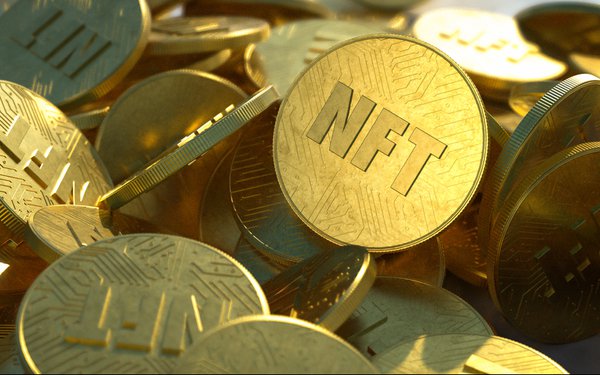 eBay now allows non-fungible tokens (NFTs) to be sold on its platform, making digital collectibles available to buy or sell alongside physical ones, but one type of “high-end” media -- digital advertisements, from search to connected TV -- may not be up for grabs. At least not now.

Jordan Sweetnam, senior vice president and GM of the Americas market at eBay, in a post points to the growth of high-end digital collectibles, and suggests that NFTs are a way to pay for them.

The company says it is open to exploring the possibility of accepting cryptocurrency as a form of payment for other services too.

People are buying and selling all types of high-end digital collectables on eBay. A piece of digital artwork by Beeple, for example, sold for $69 million, one of the most expensive works ever sold by a living artist. eBays watching new NFTs daily, ranging from Kurt Cobain’s last photoshoot to historic moments from The Golden State Warriors.

In the short term NFT inventory will be provided by eBay “trusted sellers” meeting specific standards across categories like trading cards, music, entertainment and art. In the long term, expect programs, policies and tools that will allow eBay users to buy and sell NFTs across a broader range of categories.

Trust may be the keyword for advertisers. Can brands trust enough to jump in?

Security technologist Bruce Schneier is a little skeptical when it comes to trust. In 2019, he wrote a post about blockchain and trust. In it he wrote, “Honestly, cryptocurrencies are useless. They’re only used by speculators looking for quick riches, people who don’t like government-backed currencies, and criminals who want a black-market way to exchange money.”

Search & Performance Marketing Daily asked Schneier if he still felt the same about cryptocurrency as a form of payment today as he did when he wrote the piece. The answer, “Yes.” He also said “but of course various entities can take cryptocurrency. There are lots of services that convert it into real money. Just because it's stupid doesn't mean that it doesn't have current value.”

Any thoughts about eBay's decision to accept NFTs? “Seems like a reasonable thing for eBay to do,” he said.

So, I reached out to media agencies to get their opinion, asking if given the opportunity would they buy digital media like search, social, display or video using non-fungible tokens or some type of cryptocurrency.

Jonathan Kagan, vice president of search at 9Rooftops, is all in. “Ultimately the goal is to make someone aware and encourage or ease the process of buying an item such as a plane ticket, a computer or car insurance,” he said. It’s all done digitally these days. Look at as encouragement for consumers to make a purchase.

David Szetela, president at Paid Search Association, and owner of FMB Media, believes there are too many unknowns, and would not use NFTs or some type of cryptocurrency to buy media for clients.

“The unreliable value fluctuations wouldn’t work for me,” Szetela said. “For example, a client might have a fixed monthly budget for ad spend, and I don’t think that client would accept an unknown number of clicks for that cost.”

It could require agencies to adopt new processes, first, as the agent or middle person, said Matthew Mierzejewski, senior vice president of search and performance marketing lab at Merkle.

“For brands that pay publishers directly, I can’t see why it wouldn’t make sense,” he said. “Large brands like Overstock and Home Depot accept Bitcoin as payment, so conceivably, those brands would be able to pay publishers with those assets already on the ‘books’.”

Marty Weintraub, founder of Aimclear, an agency, found paying through cryptocurrency to be a barrier. “Some products require crypto,” but others do not, he said, explaining how the agency gave it a try. “We knew exactly what we were doing and it was still a pain in the ass subscribing.”

“For instance, we can spin up virtual American Express cards at the campaign level or any taxonomy we want,” Weintraub said. “Maybe currencies such as [non-fungible tokens] will offer us tools that make doing our job way easier. It will need to be pretty sweet.”

Until then, Weintraub said, it's nice to know bad actors may have a way to more easily anonymize the amount they spend on media in Facebook and Google -- "yippee."