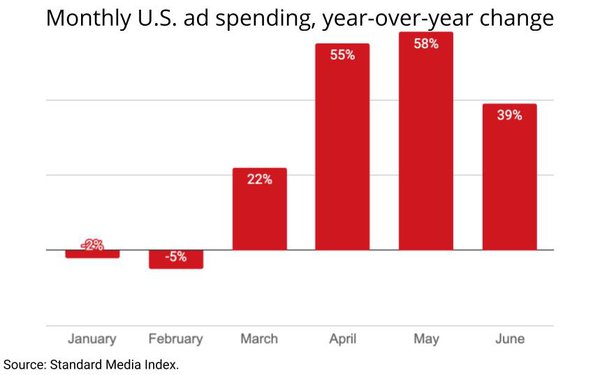 The U.S. ad economy continues to rebound from the COVID-19 recession, but the rate of expansion began to temper in June, according to the latest data from Standard Media Index.

While total U.S. ad spending from SMI's pool of data representing the major agency holding companies' actual media buys rose 39% in June vs. the same month in 2020, the rate of expansion has softened from April and May, +55% and +58%, respectively.

One reason for he softening rate of expansion is the 2020 baseline.

April and May were the two worst months of declines during the 2020 rad recession, and the U.S. ad economy began improving from that point on.

That said, the data indicates that the U.S. advertising recovery isn't even across all media, with the major electronic media showing the best gains -- especially digital.

While print media continue to lag, newspaper ad spending showed its first month of growth in June, rising 60% over June 2020. Magazine ad spending continues to be under water.

Out-of-home and radio have demonstrated particularly strong growth in the last few months. 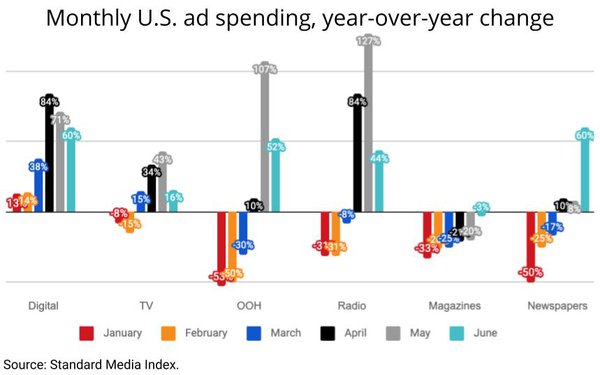