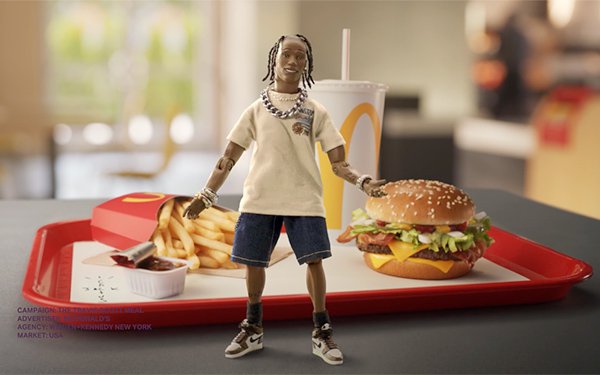 WARC interviewed both jurors and winners and analyzed the metadata from all entries and found four themes that led to commercial success. They include:

Tech enriches creativity from the sidelines

Tech's role in communications is becoming more of a supporting role, working behind the scenes to enrich creative ideas. Work from Pernod Ricard and Huggies highlighted how science, data and technology can all work in service of emotional storytelling.

Sometimes you need an influencer to take your campaign over the top. Several winners looked beyond the visual and the verbal to create culturally relevant experiences that were given a push from PR and influencers. O.N.E.'s sleeping bags and KMSZ's DNA-testing lollipop showed how unexpected creativity drives media coverage and business impact.

"It's important to showcase that creativity is not just the visual and the verbal: it can be a product, an experience, the changing of a word,” said Judge Neil Dawson, Chief Global Strategy of Wunderman Thompson. “There’s no singular definition of creativity.”

Agile and unsexy wins the awards

Not every brief is sexy. That doesn’t mean a campaign can’t be innovative, out-of-the-box and award winning. Huggies, Burger King and German Rail applied creativity and challenger thinking to lower-funnel activities, and it paid off for them all.

Stand up for what you believe in

Grand Prix winner Nike showed how brands can reap the commercial benefits of standing up for issues that matter to their consumers and staying true to their business.

“In a performance-driven marketing environment, creativity is still the oxygen to growth,” said jury president Ann Mukherjee of Pernod Ricard. “If we are to thrive as advertisers, we have to help our CEOs and CFOs understand that what we do as an industry is the heart of what drives profitable growth.”