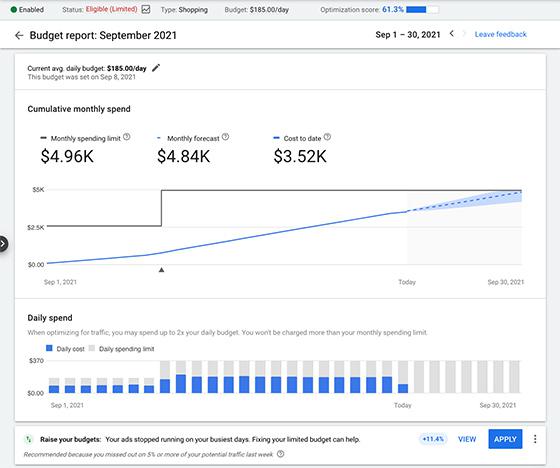 Google Ads has launched budget reports to visualize monthly campaign-spend behavior after hearing from many advertisers that budget behavior in Google Ads is difficult to understand -- especially for daily budgets.

The report gives advertisers insight to improve campaign planning by gaining a better understanding of how budgets impact campaign spending limits, and past changes to average daily budget affect performance and spend limit.

It also enables advertisers to analyze the amounts they are estimated to pay at the end of the month.

The new reports can highlight events such as a campaign’s monthly spending limit.

The daily spending limit, for example, is the maximum amount that Google can bill advertisers for a campaign on a given day.

At the end of the month, the amount marketers will have spent on average every day will match the average daily budget.