GoodRx Finding Ways Other Than Advertising To Drive Revenue 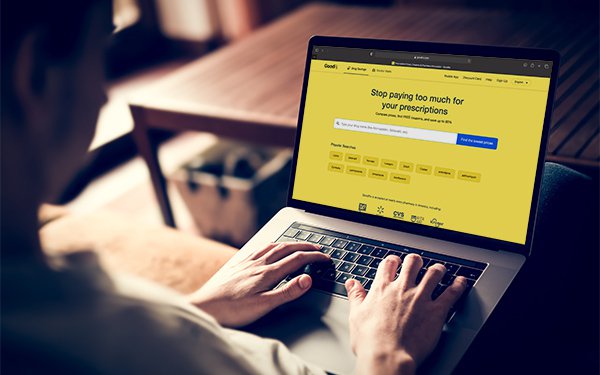 GoodRx jointly sponsored the NASCAR driver, Will Rodgers, with a pharmaceutical manufacturer -- creating a campaign focused on racing to cure Hepatitis C.

Rodgers, diagnosed with chronic liver disease at a young age, wanted to raise awareness of good health in the racing community. This is the first campaign GoodRx has run outside of traditional television spots and digital ads.

GoodRx, now 10 years old, began as a price comparison tool. As it grew the focus turned to awareness of options treatment and affordability, access to services and information, and low-cost choices. The services span the patient’s journey, from pre-diagnoses to treatment.

About 20 million Americans access the site monthly. Of those, healthcare professionals comprise about 17%. In the second quarter of 2021, the company spent about $88.4 million in sales and marketing, compared with $51.9 million in 2Q 2020.

And while GoodRx has a healthy advertising budget -- increasing ad spend by $24.4 million year-over-year in the second quarter -- co-founder and CEO Trevor Bezdek during the last earnings call made it clear to analysts that the company "is not an advertising business."

The company, which has many partnerships, now makes the majority of its money from "prescription transactions." A consumer uses a GoodRx code to fill a prescription and saves money compared to the list price at the pharmacy. It also makes money through subscriptions.

The app is free to use, but there's an Gold offering that it launched in 2017, where it charges a nominal fee to people who take multiple prescription drugs.

“Pharma spends billions annually around promotional awareness,” he says. “When you look at the top 100 drugs in the market, we have on average 10 times more traffic to our drug pages than they do.”

About 20% of searches on the GoodRx website are for brand drugs.

Content becomes the biggest driver because consumers coming to the site are looking for something specific. Some may not know what they need, while others search for coupons to save them cash -- about $30 billion in aggregate, according to the company.

GoodRx works with 19 of the top 20 U.S. pharma manufacturers, and with approximately 100 brands across the more than 550 manufacturers in the U.S.

Bezdek said the publishing business, GoodRx Health, which launched in September, provides research-based answers to health questions. It taps into the most current information supported by doctors, pharmacists, and healthcare experts -- all of whom contribute to the editorial content on the site, which follows specific guidelines.

GoodRx Health is where the company relies on a traditional advertising model, following Interactive Advertising Bureau (IAB) guidelines and standards.

The company also has a research team that analyzes national representation of data, which is not necessarily its own. The group publishes research based on that data.