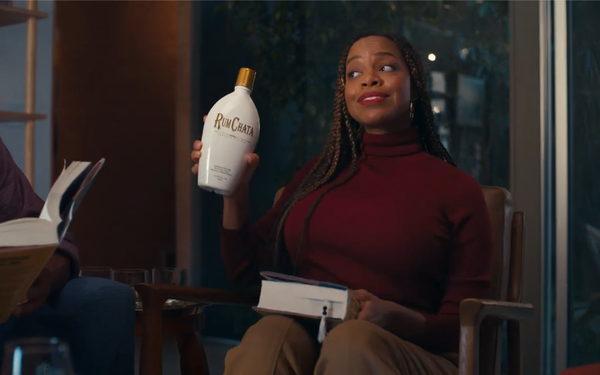 It’s not often you see book clubs satirized in ads, which is why a new spot for RumChata cream liqueur called “Book Clubbers” is notable. The ad also rolls out the brand’s new tagline, “Have Your Unusual.”

The ad, via Preacher, starts out with a book club discussion. One member argues that the author uses the color yellow to symbolize hope. Things change when a woman holds up a bottle of RumChata “Plot twist?” she asks.

The next scene is of the book clubbers in a hot tub, then playing ping pong, but still arguing about books. As the party continues, one man explains that he’s working on a novel and a woman is shown in the bathroom reading Cliff Notes for "Between Heaven and the Corn."

Next we see that one of the women is singing karaoke (a song about a book) as the book clubbers chant “Plot! Plot! Plot!”

Ryan Durr, associate creative director at Preacher, added that “The 'Have Your Unusual' idea isn’t just limited to livening up literary discussions. It’s a creative platform that invites people to switch things up and turn the expected into the unexpected whenever they can.”