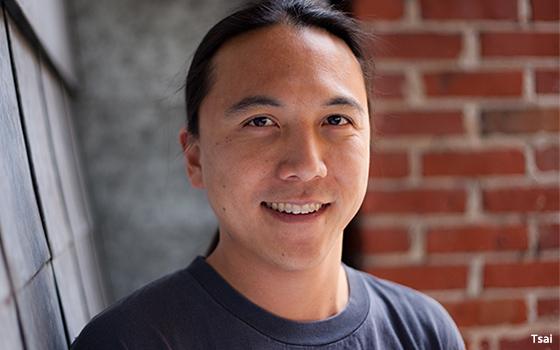 He will work to further define and expand the company’s market position that uses insights from search data to power full-funnel programmatic media, such as advanced television (ATV), connected television (CTV), and display advertising.

“I had not intended to enter the ad tech space, but the opportunity was too good to pass up,” Tsai said. “the combination of technology and people, and the fact I can bring all the aspects of my previous experience into the fold was intriguing, so I decided to make the jump.”

It’s not the treasure trove of dynamic search data that impressed Tsai, but that the company employs the people and has the technology to turn that data into actionable intelligence, he says.

Tsai’s affinity for media — movies, television and radio — led him to take a job out of college as a sales assistant at a radio rep firm, but he quickly determined that was not his calling. It did introduce him to media planning and buying, which he enjoys.

Tsai comes to Captify with more than 20 years of marketing experience at companies such as Visa, CBS Interactive, Universal McCann, and Goodby, Silverstein & Partners. The diversity of his experience across brands, agencies, and publishers gives him a unique perspective on brand building, bringing cutting-edge products to market, and telling stories.

He joins Captify as the company is in the process of transitioning its business to offer a cookieless solution that have proven to drive 25% better brand performance than its cookie-based campaigns. From the London office, Tsai will play an integral role in continuing to showcase the value of privacy-by-design search intelligence and ensure that Captify’s clients are confident investing in the company’s solution. His team is located across New York City, London, and Paris.

Captify has “cracked” the cookieless code, he said. “The work being done to bring intent data into Advanced TV for the first time is incredibly exciting and will be transformative for marketers and publishers,” he says.

This hire follows a transformative year for Captify. In July, the company announced that SFW Capital Partners, a U.S. PE firm, made a majority investment in the company. The company launched its Search-powered Addressable TV solution earlier this month to personalize broadcast buying, a medium that saw explosive growth during the pandemic as TV consumption skyrocketed and relevancy was paramount to audiences.

The best advice Tsai received during his career to date came from his boss while working as a media planner.

“In the beginning I tried to project a persona that I thought all the clients expected,” he said. “My boss at the time pulled me aside and said ‘you should speak the way you normally speak. Talk to your clients as you talk to a friend or co-worker.’ And her advice changed things for me. I started to realize what a difference it makes when you’re not expending a bunch of energy when you don’t project a persona that you’re not. … Great marketing isn’t spin. It’s amplification of something authentic.”