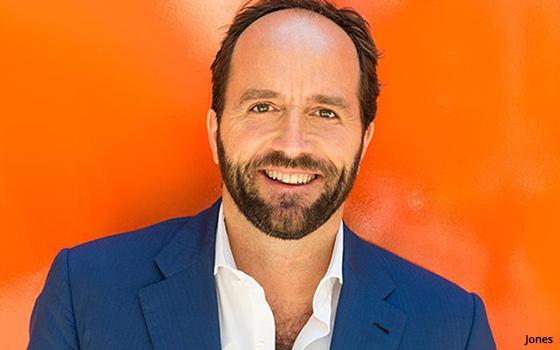 Purpose -- what defines employees, consumers, and society -- remains a major focus worldwide. As a keyword it represents the reason for being -- why a business or someone exists in the world.

Young leaders -- who often spend a great deal of time in virtual worlds and gaming -- are driven by purpose and a force for good, especially around climate and equality, says David Jones, founder and CEO of The Brandtech Group, formerly You & Mr Jones.

“It became clear early on that advertising would become a much less relevant way for brands to connect with people,” he says. “If you look at Netflix, Disney+, Apple, and other services in which you subscribe, and combine that with social media, the interruptive ad model doesn’t work.”

Jones says consumers may become annoyed with advertising because of the content, but they can flip past it.

“I believe we’re heading into a post-advertising world,” he says. “What ad tech has done during the past five to 10 years is hideous. It committed so many big mistakes.”

Jones says that if brands add value to people’s lives, they will be happy to share data with consumers, making it easier for companies to connect with them. Part of the ad-tech shift is the focus on purpose.

What's a company’s purpose? The answer -- or lack of an answer -- may hold more weight than some realize, according to McKinsey & Company. The links between purpose and how a company drives environmental, social, and corporate governance (ESG) will become critical.

The philosophy may sound esoteric, but Jones says “the metaverse will turbocharge the movement from profit to purpose.”

In the founder’s letter, published last week with the rebrand of his company, Jones -- the former CEO of Havas Group -- wrote: "They increasingly won’t buy your products if you don’t have a purpose beyond profit and they won’t work for you either!

Jones is committed to the metaverse, especially when it comes to purpose. He made an early investment in the augmented reality (AR) gaming platform Niantic, which is now valued at $9 billion.

But Jones’ metaverse is a bit different from Facebook’s and Microsoft’s. He describes it as a place where technology assists people in the real world, rather than allowing them to get completely lost in a virtual world.

Jones believes the metaverse will have the same or greater influence on business and people than mobile phones.

He compares it to the ecosystem built to support the hardware. The iPhone is a phone with a camera and an iPod built in.“Useful but not game-changing,” he says. “What made it so incredible was the ecosystem that grew around it from Google Maps to Uber to Airbnb to YouTube, Facebook and Instagram, to the ability to do pretty much whatever you wanted from booking flights, rooms, restaurants to buying anything you wanted.”

Jones believes the metaverse will create that same type of ecosystem, and “we will live in a world where technology will enhance every part.” He also believes the convergence of the real and virtual worlds will create the next $2 trillion or $3 trillion companies.