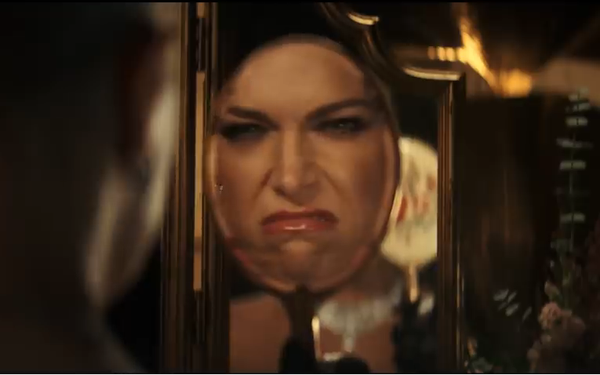 Rakuten's recent teaser of its Super Bowl ad reveals just how evil Hannah Waddingham can sound, but the main spot that airs during the Super Bowl will be filled with optimism.

Waddingham is known for her roles on "Ted Lasso," "Game of Thrones," and "Sex Education."

The British actress shared the clip to her Instagram account, writing: "My Partnership with @rakuten is no laughing matter! Can’t wait to reveal the main attraction. It'll air during that Big American football game….Y'know the one.”

Waddingham, in the video, sits in front of a vanity mirror, dressed in a black gown, practicing her evil laugh.

The team will also create the forthcoming 30-second spot. It will air during the first half of the game. Other digital spots will roll out in the coming weeks.

The spots focus on branding. “Some people have heard of Rakuten, but we have a lot more work to do,” says Victoria McRae, vice president of Brand & Creative, Rakuten Rewards. “Many people call out the Rakuten logo on the Golden State Warriors jerseys, but don't understand what it is we do.”

McRae hopes the campaign will change that perception and will give people a clear understanding of the company, the value it provides, and what it feels like to shop with Rakuten.

“We feel that our ad delivers on these goals, but in a way that is breakthrough, memorable and motivating,” she says. “Success is if we drive new shoppers to our platform to join and see what winning with Rakuten feels like for themselves.”

Rakuten’s Super Bowl spot is part of a larger campaign, following a successful overhaul of its creative platform and brand by spending the past two years changing its visual identity and tone.

“We bring the cha-ching,” launched early in November for the holiday season. The campaign -- 12 Days of ChaChing-- plays off the 12 Days of Christmas, and is one among several strategic moves the company has taken to strengthen and grow its brand during the past two years.