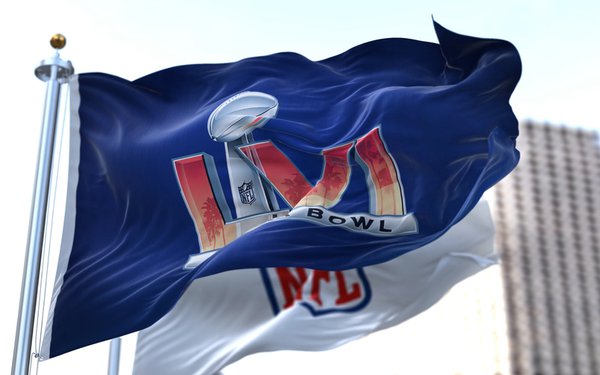 Amid the rising popularity of NFL games this season, one industry estimate predicts the Super Bowl’s live TV viewership will return to growth -- rising between 110 million and 117 million viewers, according to PredictHQ, a marketing “demand forecasting” company.

At 117 million viewers, that would be 20% higher than last year's results -- which pulled in 97.3 million viewers when totaling linear TV and streaming TV results, according to Nielsen.

The total of 91.6 million linear TV viewers in the 2021 Super Bowl was the lowest for the big game since 2006. PredictHQ said it predicted last year’s game with 99.6% accuracy.

“Our model uses more than 20 distinct features to pinpoint the expected viewership of a game,” according to Xuxu Wang, chief data officer of PredictHQ, in a blog post on Tuesday. “These include viewership trends per season, the uncertainty of the match up and the popularity of teams playing.”

The company also culls a range of live event data, including expected consumer buying behavior from quick-serve restaurants -- on-demand and food retail customers-- as well as rideshare businesses, and other forecasted services.

In 2021, Super Bowl streaming viewers nearly doubled that of the event the year before -- 5.7 million in Nielsen-measured average minute viewers, up from 3.4 million the year before.

Last year, streaming represented 6% of television viewership. This year some are predicting much higher streaming composition, including viewing on NBCUniversal’s Peacock platform.

“We expect nearly 30% of Super Bowl viewing to happen via CTV [connected TV platforms]. This means advertisers will be able to measure the direct sales impact of their super bowl ads more than ever.”

This year’s game between the Cincinnati Bengals and the Los Angeles Rams will air on the NBC Television Network, and streaming platforms, on February 13.