Coding Skills As Important To Many Students As Learning A Foreign Language, Study Finds 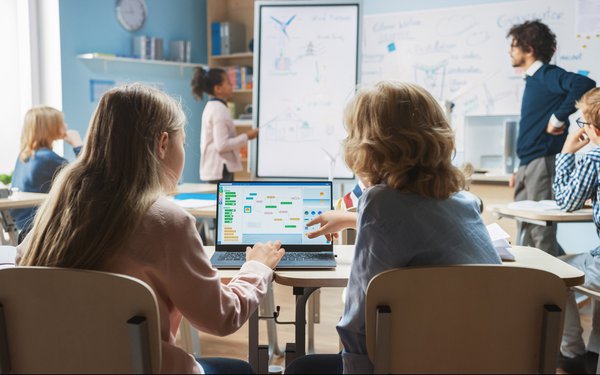 The future of digital advertising depends on the ability to teach students coding skills, and the importance of data. About 58% of students participating in a study agreed that the ability to write software code is equally or more valuable than learning a foreign language for their future career choices.

“The lack of access to coding talent increases costs and slows a marketing departments’ ability to adopt and innovate with new technologies, at a time when competition has never been higher,” said Kathy Schneider, CMO at KX. “Brands are investing in their own technical training programs, as well as supplementary educational programs to address this void, but early access to coding education programs is paramount.”

Research commissioned by KX, a global software company focused on real-time analytics and data management, shows that among 2,000 students ages 16-23 surveyed in the U.S. and U.K., more than 45% of U.S. students can code or are learning at least one coding language. Some 35% already believe that being able to code is a core life skill.

About 42% of U.S. students have either taken or are planning to take a course in data analytics or data science, while 30% say the same for computational intelligence.

KX’s data shows U.S. students are interested in coding, but lack access to that type of education. In fact, 35% of U.S. students that cannot currently code say that lack of access to education is the primary barrier holding them back from learning.

More than half of students plan to learn a computer-programming language at some point, which is important when considering a career in marketing.

Some 91% of U.S. students believe data analytics will be important for their future career.

The World Economic Forum’s Future of Jobs Report estimates 97 million new digital jobs will be created globally by 2025. The IDC Worldwide Digital Transformation Spending Guide estimates that global spending on the digital transformation of business practices, products and organizations could reach $2.8 trillion in 2025, with roughly one-third of spending occurring in the U.S.

The main drivers for learning to code in the U.S. include better job opportunities and higher salaries, at 74% and 66%, respectively. Students pursuing foreign languages are doing this to increase their confidence when traveling and to learn about other cultures, at 70% vs. 69%, respectively.

Despite the common belief that there is a low percentage of the U.S. population who can speak a second language, 59% of students say that they already speak one or more languages, and 69% say they are planning to learn one–whether for the first time or to add another language.