There's An Ape For That 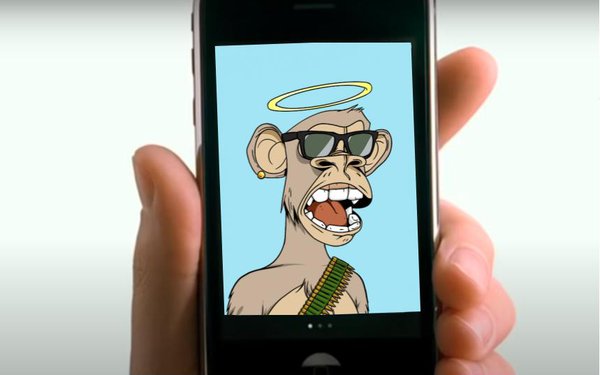 The question you should be asking yourself is, what’s the application for it?

That’s what I’ve been asking myself ever since I began a deep dive into the burgeoning NFT (non-fungible token) marketplace to understand what’s in it for both consumers and brands. And it’s something I ask everyone who even hints at being part of that marketplace, which increasingly is almost everyone I speak with.

Recently, it was Martin Cass, the founding CEO of MDC Partners Assembly, and a long-time Carat honcho before that, who called to tell me his news that he’s become CMO of BBTV (after he had already broken the story in Ad Age, mind you), which he described as the one of the largest content publishers on YouTube, as well as a company moving into Web3 – especially NFTs – fast.

So seeing as Cass had already done his deep dive, I asked him what he thought the killer app for NFTs actually is. Turns out, he thinks it is apes. Specifically, the Bored Ape Yacht Club, which has raised a fortune auctioning 10,000 NFTs of digital images of Bored Ape characters.

“What’s the underpinning value of an ape?” Cass asked me rhetorically.

“That they’re unique, scarce and collectible,” he answered himself.

Hence the “FOMO” (fear of missing out) neon sign you can see in the window of the club’s entry homepage.

I got to see some of that FOMO recently while attending a meeting of a big private equity firm specializing in Web3, metaverse and NFT markets, which ironically took place in the realest of real worlds: an historic farm in rural Connecticut. And I didn’t realize the metaphor of the sap buckets nailed to the trees as I drove up the farm’s long, winding road to the meeting room, but it certainly struck me as I drioe away on it.

Actually, the private capital firm had a pretty sound investment thesis, and a simple, rational explanation for why so much money is heading into Web3 so fast, and where some of the surest returns might be: in “picks-and-shovels” businesses that enable a new, decentralized digital economy to happen.

And while that does involve a lot of crypto, NFTs and metaverse applications, the real returns will be on how they enable people to use technology differently in order to interact with each other.

I hope to report back soon when I get a little further into it, but my initial gut reaction to what I’ve heard so far is that decentralization aside, the Web3 technologies aren’t that different from previous media technologies in the most basic sense of the meaning: they are just mediums conveying something from one to others. Sometimes the others are just one or a few, and sometimes they are many -- but they’re just media. And while an NFT might be secured as part of a distributed blockchain ledge, the terms and conditions of any media exchange fundamentally are between the sender and the receiver of the medium, and the experiences inherent in them.

Historically, that has meant content -- the sight, sound and motion kind -- but over time, it has come to represent a broader array of experiences.

And so at this stage, I’m thinking an NFT isn’t all that different from what we used to call an app, even if some people call it an ape.

In the end, it doesn’t matter what you call a medium, so much as what people do with it.

I remember being wowed in the early days of the 1.0 app revolution when an agency exec told me about an app his shop had just created that could turn your phone into a “taser.” Well it wasn’t a taser in the sense that the phone could actually electrocute another person, but it was in the sense that it looked and sounded as if the phone were emitting sparks -- as if it actually were a taster.

Now extend that logic to the metaverse -- VR, AR, various forms of mixed reality –--or even NFTs functioning as smart contracts that can enable or unlock any experience agency, brand or medium wants to convey.

It’s all just media. What you end up doing with it is the cool part. Even if you're using an ape for that.