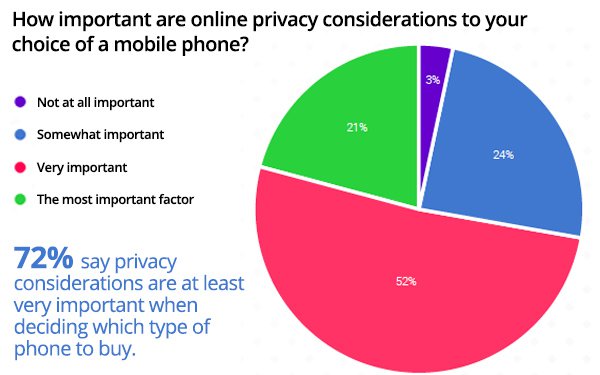 Most consumers -- at least those participating in a privacy survey from Tinuiti -- are unwilling to have their behavior tracked in exchange for relevant advertising, but the majority say they are willing share information in exchange for a deal.

When asked what they might share online to receive a $20 discount coupon, 73% said they would voluntarily share at least one piece of information
-- while 27% said they would not share anything, according to a study released by Tinuiti.

Some 64% said they would share their email address, while 31% would give their full name, 23% would share a phone number, and 16% would submit their home address. Baby Boomers and seniors ages 57 and up are less likely to share information, with 33% opting for “none of the above.”

More than half of consumers participating in Tinuiti’s study say there’s no such thing as online privacy, and just one in five believe they have control of their data. To protect themselves, nine in 10 consumers have taken some kind of proactive measure, with more than half having cleared browser cookies and turned off location tracking on mobile devices.

Last week, Google introduced the next set of trials for its Privacy Sandbox proposal, aimed at replacing tracking cookie-based targeted advertising in its Chrome browser. This set focuses on ads relevance and measurement for its interest-based targeting technology.

Consumers accept that advertising is necessary to keep content online free, but asked whether they would rather pay for access to social platforms, search, or media or view ads to keep those experiences free, 89% say they would rather view ads.

The data from Tinuiti also shows that rather than having their online behavior tracked so brands can target them with advertising, 70% of consumers say they would rather opt out and receive less relevant messages.

Consumer perception continues to evolve -- and with it, legislation. Digital privacy laws in California to Colorado to Virginia to Utah and other states that have introduced legislation have consumers thinking, as advertising and technology companies like Google continue to introduce sweeping changes across the online ecosystem in response, not only to digital privacy laws, but consumer behavior.

So how does this awareness impact online behavior, what information are they comfortable sharing on the web, and how do they feel about targeting technologies that power today’s digital advertising ecosystem?

More than half of consumers believe tech companies should do more to protect their privacy, versus 43% of those who seek more government intervention.

That intervention could come in the form of privacy tools. Last week, companies such as Pinterest, Etsy and Vimeo urged lawmakers in a letter to reject an anti-piracy proposal that would require web companies to use filtering tools — something that has yet to be developed.

The letter comes in response to the proposed “Strengthening Measures to Advance Rights Technologies (SMART) Copyright Act of 2022,” introduced earlier this month.

When consumers participating in the study were asked to cite the one entity or group responsible for protecting online privacy, 44% named tech companies, 32% said consumers themselves are responsible, and 24% said government should take the lead.

Despite their concerns, consumers are reluctant to share information beyond an email address in order to access a promotional offer.

Online privacy concerns are primarily focused on criminal activity such as identity theft. Among groups that might misuse data, consumers are most concerned about criminals, at 44%. Women are more worried than men, with 46% saying this is the top concern, compared with 40% of men.

When asked what types of data are most worrisome to have shared or tracked, information that could be used in identity theft is of highest concern at 46%, while another 26% of respondents say they are most concerned over safeguarding information about their financial situation, such as income, debt, or savings.

Few consumers are fearful about the misuse of data for commercial purposes, with 12% saying they worry most about tech companies, and 9% are most concerned about advertisers, only 8% say they are most worried about products or websites they have viewed online being tracked.

Government misuse fears are higher. Some 18% of consumers say they fear the government missing their data the most.

Some 91% of consumers have taken at least one measure to protect their information online, according to the findings in Tinuiti’s study. About 65% of respondents said that cleared browser cookies is the most commonplace action, with 65% of respondents saying they have done this.

That’s more than 25 points higher than the percentage who have used their browser’s incognito or private mode in an attempt to avoid cookie tracking in the first place.

While consumers believe tech companies are primarily responsible for privacy protection, most do believe the government has a role to play -- and a significant percentage want oversight of digital ad tracking.

The majority of respondents, at 52%, say tech companies and advertisers should be regulated. Within this cohort, 27% believe government should require tech companies to make online tracking easier to opt out of, while 24% believe tracking should be outright illegal unless consumers grant consent.

Apple and Amazon are perceived as being the protectors of privacy. When asked to rank three of the Internet’s biggest shopping, social, and search sites based on their trustworthiness, Amazon ranked No. 1, with Google in second place and Facebook placing a distant third.

Amazon received 55% of the first-place votes, while Google received 40% and Facebook received 5%.

When asked to cite the social network that best protects online privacy, 43% of respondents said “there’s no difference,” while another 23% said they don’t know -- making for a combined two-thirds of the total.

While Google leads in terms of search engines, DuckDuckGo falls into a distant second place, at 16%. The company has about 2.5% search market share. More men than women favor DuckDuckGo, with 22% of men and 13% of women saying it offers the best privacy protections.