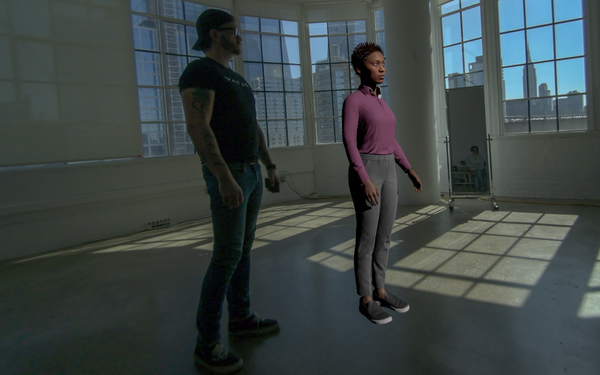 The Varjo Reality Cloud platform, powered by Amazon Web Services, launched Thursday to allow companies to build high-performance immersive computing experiences, allowing someone to visit a place in virtual reality -- the metaverse -- from a different location by capturing and streaming data to create images.

"We wanted to change the way people design things,” says Urho Konttori, co-founder and CTO of Varjo, who believes it is important to see a full-realistic 3D version.

Developers worked for about 30 months to build the platform, with the biggest challenge being the “transport” and the ability to successfully compress the data to increase the image quality.

The move allowed the company from being tethered to a computer, to analyze and compute data on the fly. The technology relies on Nvidia graphics processing units, and can run graphically intensive virtual- and mixed-reality applications across any device.

The idea is to ensure there is no difference between the original vision of -- for example, a car, and the compressed image. It uses a compression rate of 1000:1, and a bandwidth of 35 megabits-per-second through a highly secure, enterprise-grade data encryption -- which is important for this type of technology.

The goal is to support all headsets by later this year.

Today, the Finnish company supports enterprise immersive computing across aviation, automotive, consumer electronic, and education, among other industries, on its own headsets. The goal is to expand device support to enable any user to join collaborative immersive sessions from a variety of iOS and Windows devices including phones, tablets, and PCs in the second half of this year.

It allows designers at Volvo to review models as if they were standing physically together in the same space. T. Jon Mayer, head of exterior design at Volvo Cars, believes “the technology is a significant step toward democratizing the use of VR and XR for collaboration through ease of use and lower PC hardware requirements.”

Across advertising, using the platform, which has eye tracking, for market research will become the biggest benefit for brands.

The plan is to offer a variety of packages for different industries.

The launch of the platform marks a milestone on the company’s journey to build the ultimate hardware and software stack for scaling high-performance immersive computing across all headsets, regardless of manufacturer.

Later this year, users will have the ability to use the platform with other supported applications tying into 3D engines Unity and Unreal Engine.