Sports fans have caught the attention of marketers. Lotame this week released data showing how audience segments representing National Football League enthusiasts jumped 831% globally in the second half of 2021, compared with the same time period in 2020.

It’s not just football. Most Searched presented by Google offers a real-time look at what people search for during National Basketball Association (NBA) games, giving marketers another tool to reach fans during the postseason as they search for everything from players’ hometowns to types of injuries, free agency, fashion and more.

With the second round of the Playoffs officially underway, Google analyzed the top trending players, matchups and other notable searches people questioned in queries.

Body art is one point of focus among fans. The most-searched player tattoos since the playoffs began this year in the United States.

Players and teams got a lot of attention across Google’s search engine this past week. Google called out the term “Spike lee nets game” as a breakout search in the U.S., along with the “Brooklyn Nets” and “Gayle King.”

Most-searched team by state between April 16 and April 26: 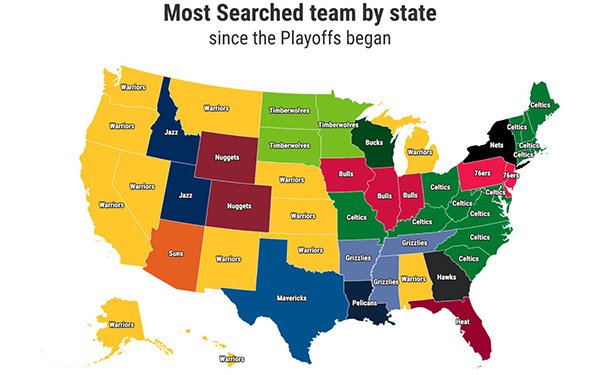 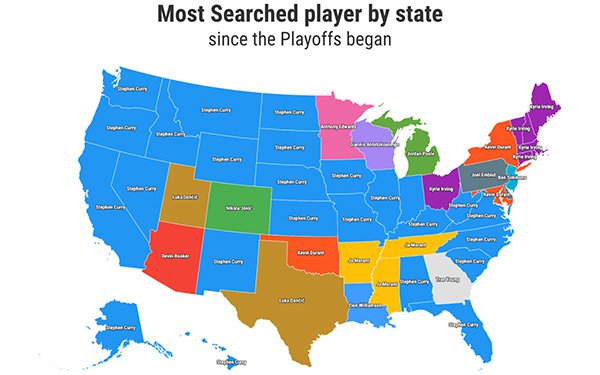 Most-searched player contracts since the playoffs began in the U.S.

Fashion, culture and lifestyle also has played an important role in sports.

Top-searched player outfits since the playoffs began in the U.S.

Top-searched basketball shoes since the playoffs began in the U.S.

Top-searched player jerseys since the playoffs began, US

Most-searched players in round 2 since the Playoffs began in the U.S. between April 16 and May 3.

Top-searched second-round matchups in the U.S. between April 27 and May 3.