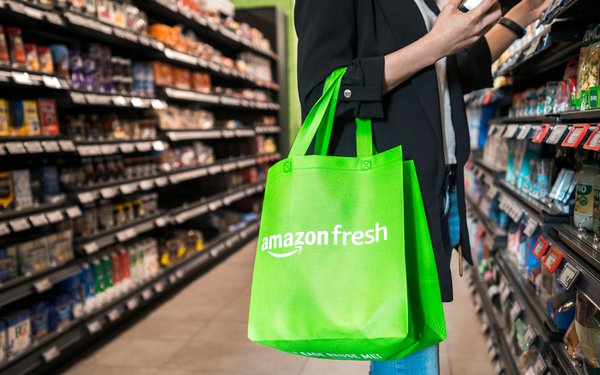 Amazon has reportedly begun to focus more on local ads in an effort to compete with Google and its “near me” approach.

One way is to support consumers through Amazon Fresh, a version of Whole Foods that provides national brands' advertising to local consumers through a physical store that offers quick delivery and lower prices.

Amazon calls it a “rare opportunity to join a start-up business within Amazon Ads and play a strategic role in building the future of Local Ads,” so it is seeking employees “passionate about digital media and the future of local advertising.” Insider first identified the posts.

Edge By Ascential’s annual 2022 United States Retail Landscape and Go-to-Market Planning Report predicts that online will account for more than 30% of the U.S. chain retail sales by 2026, and that Amazon will take 14.9% U.S. retail market share by that year.

The data shows Amazon surpassing Walmart to become the largest retailer in the U.S. by 2024, adding more than $294 billion in U.S. sales between 2021 and 2026, according to findings from the report released last week.

The move to focus more on local suggests Amazon wants to expand its small and medium-sized ad business to local merchants that serve specific geographic areas.

Local ads will mean more competition on Google and Facebook, and provide Amazon with additional data from stores and online to target consumers despite rising costs.

“It very much remains to be seen what form this takes,” Greg Sterling, industry analyst and co-founder at Near Media, wrote in an email to Search & Performance Marketing Daily. “It is a massive opportunity on paper.

As others have pointed out, SMBs constitute the majority of advertisers on Google and Facebook. Local digital advertising is equally valuable for multi-location brands, such as retailers, and has repeatedly been shown to outperform ‘national’ advertising.”

Sterling believes Amazon has made forays into working with local products multiple times throughout its history but has not followed through to create anything of lasting value. While timing might work in its favor, if SMBs are the true target of this initiative, the platform will need to be very simple to use.

Mike Blumenthal, co-founder at Near Media, also weighed in. He has noticed that in his account, Amazon is attempting to gather and update local business location information through the dashboard.

“Google and Walmart have a lead in delivering local products into local markets,” he wrote in an email to Search & Performance Marketing Daily. “Google--with their incredible business graph and integrations with Shopify, Woo & Pointy -- is making a strong play in local product discovery as a way to counter Amazon’s lead in general product discovery.”

Walmart, with its lead position in drone delivery and recent announcement of a third-party delivery service, is making a strong play to cover the last mile of local delivery.