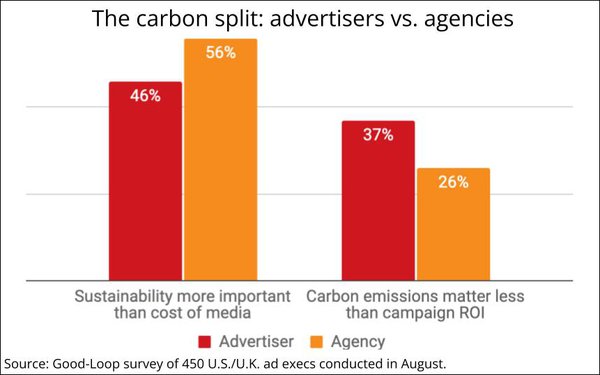 It's official -- Madison Avenue has a new KPI, and it might as well be called a CPI for "carbon performance indicator."

According to new research being released this morning, nearly two-thirds (61%) of marketers are now tracking the carbon emissions generated by their digital advertising campaigns.

And while the methods they are using currently vary markedly, they are unified in their belief that digital advertising is a significant contributor to climate change, and 87% believe the digital ad industry has a responsibility to reduce carbon emissions.

And while 76% of marketers said the industry has to do more to reduce carbon, there is much less of a consensus among advertisers and agencies when it comes to the economics of doing so, according to findings of the study of 450 advertiser and agency execs conducted by Good-Loop in the U.S. and U.K. in August.

While a majority (56%) of agency executives believe "sustainability" is now more important than the cost of buying media, only a minority (46%) of advertisers believe so.

In fact, more than a third of marketers (37%) believe reducing carbon emissions is less important than generating a high ROI on their digital ad campaigns, compared with only a quarter (26%) of agency execs who feel that way.

The study indicates more unanimity on key issues such as the need for more education and better tools for the ad industry to measure, understand and take steps to reduce carbon in their media-buying and advertising supply chain.

But there is far less agreement on how to do it.

Only 2% say they have already attained it. 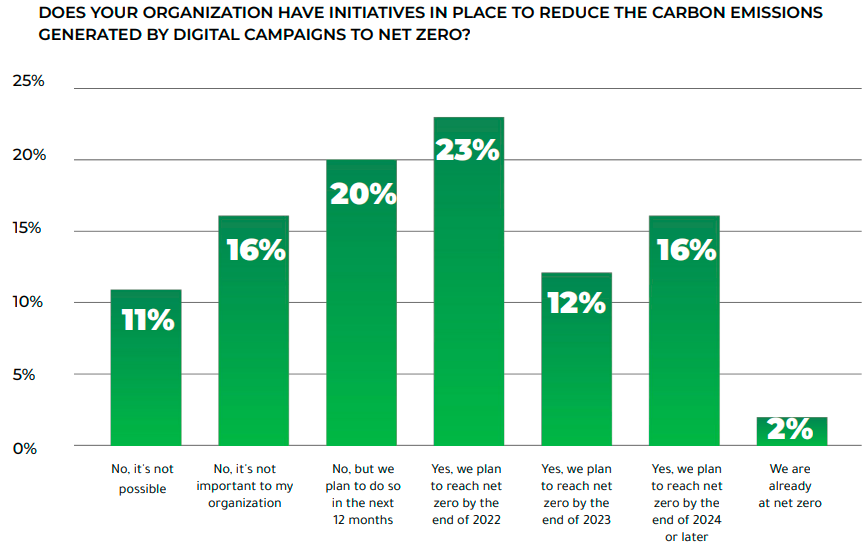