Netflix Goes Live With Chris Rock In 2023: Tennis, Cycling Next - Is That Enough? 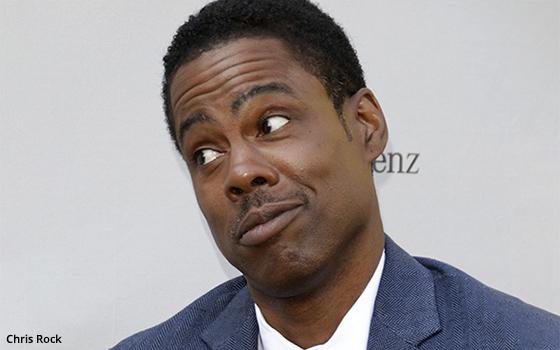 Netflix continues to inch forward when it comes to live streaming -- to compete with entertainment and sports content that will further its dominance in the connected TV and streaming world.

Next year it will stream a global live special from comedian Chris Rock, which furthers speculation once again that Netflix's next big move could be toward sports. But it will be a conservative effort at best -- given Netflix's recent track record.

Reed Hastings, chief executive officer of Netflix, is leery of high-priced sports packages. So it might start small.

One report says Netflix is looking into cycling and tennis in select countries. This would be modest at best.

All this comes as one very big live sports package -- NFL Sunday Ticket -- is still up for a deal. The popular out-of-market package of NFL games has a high retail full-season price of $395.94. The package is in its final season at DirecTV.

Hastings may have it right. Can one imagine existing and future Netflix consumers willing to spend another $400 a year on top of, say, the $15.49-a-month payment for its "Standard" service?

Probably not. First of all, that package could go for a not so chintzy $3 billion per year -- up from around the $1 billion or so that DirecTV pays for it.

The new deal could easily total $30 billion for a 10-year deal. The length of the deal would be similar to current TV packages, and Netflix would be competing with the likes of Google, Disney, Amazon and Apple.

Still, given the resilience of NFL programming when it comes to stable and/or growing viewership -- as well as for advertiser interest -- that would be a big starting draw for any streaming and TV platform.

For any sports deal, Netflix's recent entry into a modestly launched, ad-supported option -- "Basic with Ads" ($6.99 a month), a spin on its "Basic" low-cost n- advertising $9.99 subscription -- would be a key move on the path to regularly selling TV advertising time for large-scale viewing programming.

Netflix has started this way before, slowly moving into the video gaming space, as a modest expansion of its content lineup.

Whether the live Chris Rock special will be available on the Basic with Ads option is uncertain.

Given the racy content of Rock's act -- as well as the still interesting perspective regarding the continued Will Smith-Oscar saga -- we could assume a  limited ad-supported Rock special, possibly one pre-roll, mid-roll and post roll spot -- at best.

With its new focus on advertising, Netflix will be looking to monetize all its effort in bringing on high-priced advertising talent and infrastructure, as well as delivering the right technology by way of its partner, Microsoft.

Live sports makes sense. But tennis and cycling? They would offer somewhat of a more global attraction than American football. Soccer (European football) has perhaps the best global appeal for a worldwide streaming platform.

Perhaps one obvious question, then, would be: Is sports content something Netflix’s existing and future consumer base really wants -- and will possibly pay extra for?