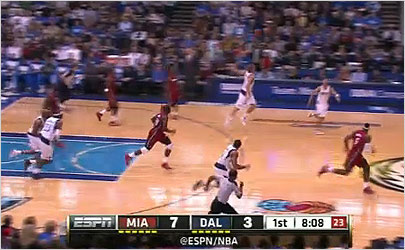 NBA fans may have had mixed feelings about the labor disputes -- but it didn't show for the first games on Christmas Day of the new shortened season.

ABC said the game was the best-rated early Christmas Day game in seven years -- a Miami Heat-Los Angeles Lakers contest in 2004 with a 7.9 rating.

Later games on ABC's sister network ESPN also did well. The Orlando Magic-Oklahoma City Thunder has a Nielsen preliminary 1.9 household rating -- up 36% from a comparable game a year ago.

The late-night game -- the Los Angeles Clippers and Golden State Warriors -- pulled in an early 2.3 rating, a 77% improvement over a comparable game a year ago. This became ESPN’s highest-rated Christmas Day game ever in prime time.