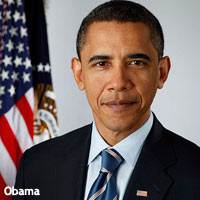 Though earlier media estimates had presidential challenger Mitt Romney ahead of President Barack Obama in drumming up donations for media spending, Obama has been buying more TV ads than the Republican candidate -- at almost double the rate.

In the key eight closely watched "swing" voting states — Ohio, Florida, Wisconsin, Colorado, Nevada, Pennsylvania, Virginia, and New Hampshire — Obama has ran 229,624 ads to Romney's 87,012 since the start of the year, until the first week in September.

In many states, there has been a three to one advantage or more.

Ohio has been the largest area of media spending (51,124 for Obama to 17,452 for Romney). Analysts have pointed out that no Republican presidential candidate has ever secured victory without the help of Ohio’s electoral votes, which has 18 votes up for grabs.

The Nielsen data does not factor in super political action committee TV ads, which analysts say give a heavy advantage to Romney.