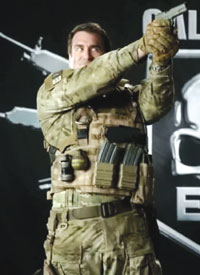 With its choregraphed percussion of brilliant ideas and precise execution, 72andSunny gets more attention than agencies 10 times its size.

Matt Jarvis wants you to know that his agency doesn’t consider itself small. In fact, as the partner and creative strategy director points out, clients certainly don’t think Los Angeles–based 72andSunny is small. And in a way, he’s right: With 300 people, the eight-year-old agency may not be as large as jwt or Havas. But trust us -- you’ve seen plenty of 72andSunny’s work. And you’ve probably liked it.

If the release of the iPhone 5 made you consider switching to Samsung’s sleek Galaxy S iii phone, you probably have 72andSunny to thank, or blame. When Apple announced the launch date of its much-anticipated iPhone 5 back in September, Samsung was there on the offense. Instead of accepting a spot behind the most popular mobile phone, like most manufacturers would, Samsung enlisted 72andSunny to come up with creative assaults before the launch. The much-buzzed about spots were a coup for the already-on-the-map agency.

“At the core of the 72andSunny proposition, there are a couple of ideas. One of them is that our mission is to help our clients’ brands matter in culture,” says Jarvis. “We believe that we are in this era where the people we connect with have an incredible amount of power. They can certainly tune us out, or they can lean forward and navigate on behalf of the brands that we are connecting them with in meaningful ways.”

“A highlight this year has been the Samsung ‘Next Big Thing’ campaign which has been really successful on a cultural level and has also yielded incredible results in the marketplace,” boasts Jarvis.

The agency has also been instrumental in the Call of Duty franchise, most recently with a yearlong push for the Black Ops 2 release.

“We have a great challenge with that brand with topping last year’s work,” explains Jarvis. “Every year that franchise sets a new record with a new entertainment launch.”

72andSunny is also making great strides with other big brands: Its Unhate campaign for Benneton, which creepily faked President Obama kissing Hugo Chavez, won big at Cannes.
With all the work coming in, it’s only natural that 72andSunny would see the need to grow. The expansion to Amsterdam didn’t mean a change in name, although it’s almost never 72 degrees and rarely sunny in the Dutch city. That doesn’t matter one bit: It’s the attitude of the agency that is always 72 and sunny, not the weather.

“At 72andSunny, we’re a ‘Culture first’ organization,” says Jarvis. “We judge ourselves by the vibrancy of our culture, so that has been the main focus of this year.”

But, in the end, says Jarvis, it’s all about the people who make this small agency tick, fueled by agency-provided beer and bbqs: “We don’t believe that individuals make good work. We believe that culture and organization make great work.”