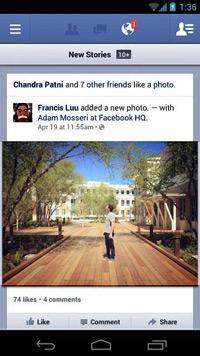 The findings come from mobile rich media provider Celtra. It analyzed 32 different campaigns with the same or comparable creative elements delivered simultaneously to select mobile sites, as well as in the Facebook and Twitter apps. The ads, which were built and served using the company’s AdCreator platform, ran during the fourth quarter of 2012 and the first quarter of this year.

Rich media ads running in the Facebook and Twitter apps had an interaction rate of 55.2%, four times that of the same ads on standard mobile sites. Time spent interacting with ads was nearly double in social media, with an average of 53 seconds versus 32 seconds on other sites.

The rich media units, which ran as Promoted Posts on Facebook and Promoted Tweets on Twitter, expanded full screen when tapped.

Celtra also compared the rate at which users completed a sequence of steps within an interactive ad. For example, one campaign asked users to create a drawing and post it to Facebook. That involved clicking on the ad, selecting a brand-related theme, drawing an image, previewing it, then posting it on the social network.

With an average completion rate of 15.9% to 1% for such ads, those displayed in social media proved much more effective than their standard rich media counterparts.

The video play rate was more than three times as high: 46.8% to 16.4%. The rate of social sharing through rich media ads was four times higher on Facebook and Twitter compared to non-social sites, at 27.2% to 7.1%.

“When it comes to engagement with mobile rich media ads, social media networks definitely have an upper hand,” said Matevz Klanjsek, Celtra co-founder and chief product officer, in releasing the study. He attributed the higher levels of ad interaction within social media to their focus on native ad formats designed to seamlessly incorporate ads into a user’s steam of updates.

Not all the findings favored rich media ads on Facebook and Twitter, however. When it came to engagement with location-based social features, standard rich media ads drive a much higher rate, at 11.3% to 2%. Interaction with photo galleries was also higher for ads outside social media, at 29% to 23%.