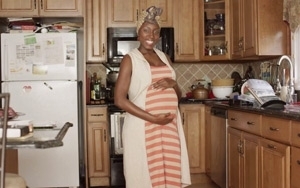 American Moms spend more than $10,000 preparing for a baby, with 40% saying it cost a lot more than they expected, according to BabyCenter. Now, Horizon Media is backing a new documentary film debuting next month that explores the emotional ups and downs of each of the 40 weeks of pregnancy, and which is designed to help moms-to-be (and those close to them) get prepared for the life-changing arrival of their newborns.

Horizon Media's Bungalow Horizon and Scout Wellness have collaborated with content company Big Belli to produce 40 Weeks, which follows 13 pregnant mothers throughout their journey to motherhood.

Scout Wellness, Horizon Media's health and wellness consulting unit, is developing the marketing strategy around the feature-length documentary, including the development of a digital platform, the creation of events, and securing media, retail, and advertising partners. Sponsors already secured by Big Belli for the film include CBR, Mederma, Crest Pro-Health, Seventh Generation, e.p.t., and Gerber Life Insurance.

Discussions are ongoing with a variety of potential distribution outlets and Horizon's branded content division Bungalow Horizon is devising a production and distribution strategy for the film across media platforms, live events and digital media.

“There are few places where expected moms, their partners and those who care about them can find the kind of support system and virtual community that Big Belli captured in '40 Weeks'," said Robert Friedman, executive producer of "40 Weeks" and CEO of Bungalow Horizon.

If all goes according to plan, the first film will be followed by sequels, said Friedman. “We expect to follow these families as they enter year one and beyond, creating a new franchise that captures all the changes that come with starting a family.”

Big Belli consulted with a number of organizations such as the Association of Women’s Health, Obstetric and Neonatal Nurses (AWHONN), HealthyWomen.org, and the March of Dimes, to ensure that all healthcare information in the movie and Web site is accurate and current, the company said.

Initially, the film's producers and director approached Bungalow Horizon after they identified a category that had really only been serviced via print publishing, such as the book “What to expect when you’re expecting.” Director Christopher Henze says, “While the market is awash with media about birth and parenting, no documentary project has ever sought to fully explore the emotional journey of each of the forty weeks of pregnancy."

Horizon, in turn, believed it represented a great category to tell great stories and many of the categories were ripe to be further explored. "We saw a marketplace that was looking for a new medium and felt that it was stagnant," said Rich Abend, managing director of Horizon's Scout Wellness practice. "We felt that the first 1001 days in mom/babies life offered a unique opportunity for brands who are looking to reach mom/family at important times where life is changing. Their responsibilities are changing so their brand preferences are changing and they’re developing new brand loyalties. When you start a family, everything is impacted. Your house, your car, your bed, your insurance, your banking. We felt this was a great opportunity to develop new platforms in the space."

The film premieres across ten markets, including New York, Los Angeles, San Francisco, Atlanta, Chicago, Boston and Dallas. Scout Wellness will lead the roll out of 1,000 screenings across the country in February.

More information is available at the 40 Weeksmovie site.