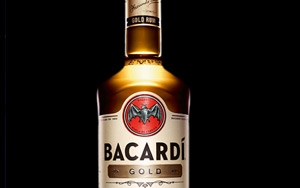 The appointments came without a formal review, but after a month of intensive discussions between the two sides.

Globally, Bacardi is estimated to spend more than $300 million annually on ads. In the U.S., the company, which markets a host of household-name spirits brands, including Bacardi Rums, Grey Goose, Dewar’s, Bombay Sapphire and others, spent an estimated $75 million on ads in 2014, according to Kantar, down from about $90 million in 2013.

The shift comes as a new management team at Bacardi decided it needed to shake things up on the advertising front. Michael J. Dolan, the former chairman of WPP’s Y&R, was named Bacardi’s CEO in January, after serving for a number of months as Interim CEO. He, along with new CMO Dima Ivanov, and Chief Administrative Officer Jacques Tortoroli led talks with the BBDO and OMD teams that resulted in the crafting of the deal.

The timing of the announcement was tied to a major Bacardi corporate gathering in Miami today.

“Our goal is to be able to work better and to create a closer alignment between our global and local operations,” said Bacardi’s Dolan. “To achieve this goal requires that we work with a global network.  Choosing BBDO and OMD Worldwide does both based on their proven ability to deliver against similar goals for other multinational clients.”

He added: “This new global partnership will be a great catalyst for achieving topline growth."

BBDO will be responsible for creative and strategic development of all advertising for Bacardi’s major brands. OMD will lead planning and buying across all social, digital and media platforms, with an emphasis on innovation rooted in data-driven insights, to reach millennial consumers. From a strategic point of view both shops will also consider point of sales marketing, sponsorships and events.

“Bacardi has a wonderful portfolio of brands and a fast-acting leadership team with high ambitions,” said Andrew Robertson, President and CEO, BBDO Worldwide. “We are really excited to have been picked as their partners.”

Added Mainardo de Nardis, CEO of OMD Worldwide: “This partnership combines the key elements of great marketing – an amazing portfolio of brands, the best creative talent supporting them, and a media partner with the global imprint, influence and experience to deliver innovative and effective consumer engagement across all media channels.”

The appointment by Bacardi is the latest of several account wins that OMD has achieved bypassing the formal review process. Johnson & Johnson and Disney also awarded OMD major assignments without reviews.