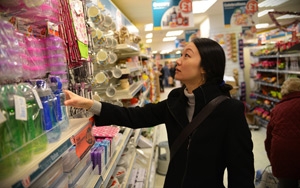 It's a wacky world when some retail stores will open Thanksgiving Day and others will close the day after. Sports retailer REI recently announced that it would close for Black Friday, the day after Thanksgiving -- the day that most retailers hope will become their biggest sales day of the year. It will likely create more loyal customers that will find their way to the Web to search and buy.

As retailers attempt to personalize services and make them more human-like to connect with potential and existing customers, REI's decision to close could work to create more loyal customers who will find their way to the Web to search and buy.

An increasing number of retailers opened stores last year on turkey day, but findings from a study suggest that nearly 65% of Americans either dislike or hate the idea of stores opening on Thanksgiving Day. Only about 13% like or love it.

The practice could cannibalize Black Friday store sales. Nearly 61% of consumers participating in a RichRelevance survey say they will not shop on Black Friday if they shopped in the store on Thanksgiving Day. The study surveyed more than 1,000 consumers across the U.S to identify trends and themes that will define the in-store shopping experience this holiday.

The National Retail Federation forecasts that consumers will complete nearly half of their holiday shopping online. It's prompting retailers to put the finishing touches on multichannel experience that will support shoppers who hop between in-store, Web and mobile Web sites.

Searches on individual sites also can identify whether consumers are willing to leave their homes and venture out into stores. RichRelevance captures data on site searches to feed personalized search results and online merchandising efforts at individual stores. For example, the technology knows the searches made on the site, as well as products viewed and purchased when a specific search string is typed in a session. It then provides store merchandisers with lists of the most frequently used search terms, as well as products considered and purchased. This data feed informs store merchandising, such as "trending now" displays.

The RichRelevance survey found that retailers can implement simple digital strategies to yield big rewards. About 58% of Americans say they head to the store to get an item immediately -- the number one reason. Nearly 42% say they do it to gain ideas and inspiration for holiday gifts. Some 28% say they do it to avoid shipping costs.

Retailers also should pay attention to long lines at checkout during the holidays. This ranked as the No. 1 frustration among shoppers, cited by 72.85% of respondents. The most valuable feature in the store was mobile checkouts at 57%.

Searches can also identify whether consumers want to buy online and pick up in the stores, especially if the retailer doesn't yet offer service. Convenient in-store pick up for items purchased was also cited as a valuable improvement by 51% of those surveyed.

Some 52% of consumers participating in the survey also cited out-of-stock or unavailable items as a main frustration with the store. One in five feel frustrated when sales associates can't help them find what they need, and 21% say online prices that don't match in-store prices are also a source of frustration. (Many times I'll shop online to save myself this frustration.)

Finally, the survey finds that 37% of shoppers say self-service kiosks to check pricing, availability and product recommendations are one of the most valuable store features.