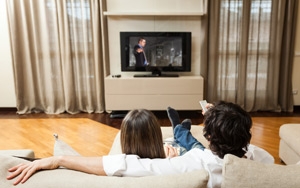 For every dollar saved on reduced TV spending, some advertisers could lose three times the amount in sales.

A study by TiVo Research, and customer engagement consultancy, 84.51°, says a study of 11 of 15 package-goods brands that cut their TV advertising budgets, lost a combined $94 million dollars in year-over-year (2014 to 2013) spending.

The study was sponsored by A+E Networks and Turner.

The average lower TV advertising spending for the 11 brands was $3.1 million; with the average sales loss $8.6 million.

Research was based on 84.51°’s in-store sales data with TiVo Research’s viewing for over 2 million TV homes. Both data panels are combined to create an anonymized matched panel of over 400K households with both exposure and purchase data, providing a single-source view of the consumer.