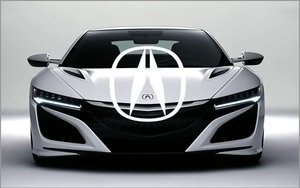 The effort, from Mullen-Lowe Los Angeles, includes a 60-second TV spot that looks back through the luxury brand’s history, as well as a look ahead to new models.

The 60-second spot will air on cable broadcast and with 15-second spots featured on Acura’s social channels. The campaign extends into dealerships with 30th Anniversary posters and collateral.

The 30th-anniversary milestone coincides with Acura’s emergence as the leading luxury brand to Millennial buyers, with the brand capturing the highest share of sales to this coveted and growing demographic among all luxury automotive brands, based on research statistics from IHS Automotive, Polk U.S. retail sales vehicle registrations,

The spot aims to celebrate the youthful and challenging spirit of Acura with optimistic narration by Michael B. Jordan. Viewers are taken on a journey through Acura history with historical footage intertwined with the current Acura lineup, featuring the next-generation NSX supercar.

This is the second Acura campaign to feature Jordan. The acclaimed actor is the new voice of Acura and will be featured in upcoming campaigns as well, according to an Acura spokesperson.