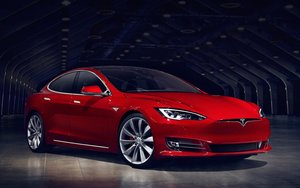 "It's impressive to see Tesla take the top spot so quickly and by no small lead,” says YouGov BrandIndex CEO Ted Marzilli. “Like the others on this list, they are a company where action speaks louder than words, from high-ranking LGBT hires to active participation in pride parades. In a year when anti-gay and transgender state legislation became a hot-button topic, it really brought into focus what these companies stand for.”

Other new brands to the top 10 in 2016 were YouTube, Trader Joe’s and Costco (which was the number one brand two years ago but fell off last year’s list.) Falling out of the top 10 this year were Apple, iPhone, Subway, and Panera Bread.

“A brand’s advertising, marketing and promotion has to sync with its actions,” he tells Marketing Daily. “Does it have policies (such as offering spousal benefits to same-sex couples) and is it transparent that it offers those policies (does it mention them in its annual report to investors)? In developing its external messaging, does it employ staff and work with outside agencies with diverse backgrounds who can help to develop messaging that is more likely to ring true with target audiences?”

The top 10 most improved LBGT-perceived brands over the past 12 months are: General Motors, Facebook, Campbell’s, Chevrolet, Snickers, Chick-fil-A, Uber, Honey Bunches of Oats, IBM and McDonald’s. However, appearing on this list doesn’t mean a brand has a positive perception. In Chick-fil-A’s case, for example, the brand went from -21.4 to -15.9.

For this ranking, YouGov BrandIndex crunched the daily data of 1,400+ brands, specifically the metric known as Buzz score: ”If you've heard anything about the brand in the last two weeks, through advertising, news or word of mouth, was it positive or negative?"  All results were filtered for respondents who identified themselves as lesbian, gay, bi-sexual or transgender.

About 40,000 self-identified LGBT adults age 18 and over were interviewed for this research over the past 12 months.

A score can range from 100 to -100 with a zero score equaling a neutral position. Example: A score of 35 means that 35% more people said they were positive than negative about the brand.