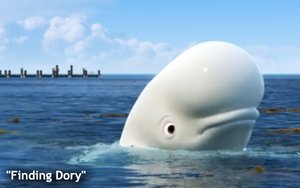 The “Finding Nemo”-spinoff movie pulled in a record $136 million in U.S. box office revenue -- the largest ever opening weekend for an animated movie.

This spending does not include consumer brand entertainment TV tie-ins, which can at times double TV advertising movie spending.

Most of the national TV weight for “Dory” started up on May 6, peaking on June 12. Disney’s ABC grabbed $3.6 million of this advertising -- with much of this going into the NBA Finals that the network aired. NBC was next at $2.4 million, followed by Nickelodeon at $1.7 million, ESPN at $1.3 million, and Fox at $1.0 million.