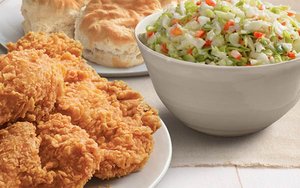 KFC U.S. has selected Mediavest | Spark, part of Publicis Media, as its new agency for media planning and buying responsibilities for its general-market business in the United States. The company spent about $225 million on ads in 2015, according to Kantar Media.

The scope of Mediavest | Spark’s assignment will include advertising, media planning and buying across all channels, including digital and social media.

KFC U.S. confirmed in September that it had begun a review of agencies for the media planning and buying responsibilities, as part of its regular resource due diligence.

KFC indicated today that it selected Mediavest | Spark in part “due to its spot-on approach to creating customer-centric media strategies that drive business value for brands.”

“For KFC to continue to gain traction in a rapidly evolving marketplace, we are focused on using cross-channel media touchpoints in new and unique ways to drive sales and build the KFC brand,” said Shindy Hodack, senior director of media and innovation for KFC U.S. “We look forward to utilizing Mediavest | Spark’s strategic approach, longstanding experience, digital capabilities and enthusiastic team to maximize our media investments.”

In a statement, Chris Boothe, CEO of Mediavest |Spark, added: “KFC is an iconic American brand that has been captivating consumers’ taste buds for more than 70 years. We are thrilled to partner with them in harnessing the power of cutting-edge media strategies to fuel their current momentum and further their connection with customers across the country.”

Since 2015, KFC has updated kitchens with state-of-the-art equipment in 98 percent of its restaurants, set a goal of remodeling 3,000 restaurants over the next three years, and launched its new advertising campaign featuring a reintroduction of “the Colonel.”