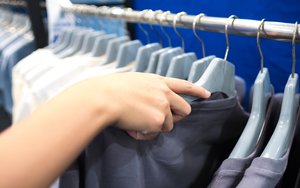 One of the fundamental components of the Internet of Things are sensors.

Coming in many forms, sensors essentially can tell when something or someone is moving and where.

They can track the comings and goings of shoppers in stores, as we saw at the National Retail Federation annual show this week, as well as the tracking of inventory on the way to the store and as it moves around inside.

Many of these sensors send information they sense over wireless networks, as might be expected in the IoT age.

Now a pair of studies just came out giving at least a benchmark of where the sensors market is heading.

One study, by the IoT market research firm ON World, says the majority of the sensing market will comprise Wi-Fi, Bluetooth and private solutions, with low power wide area networks rapidly increasing.

Wireless sensing, tracking and control equipment will reach $35 billion over the next five years, according to the study.

Smart sensors transmit data over available networks and enable features such as digital processing and interactions with external devices. These types of sensors are found in consumer electronics, along with items in the automotive and healthcare industries.

The big growth in sensors will be due to the growth in the use of them in consumer electronic devices, the development of smart cities and the increased penetration of the Internet of Things, according to that study.

In terms of revenue generated, automotive end uses accounted for almost a quarter (23%) a year ago and is estimated to dominate for the next few years.

For brands and marketers, this means more customer tracking will be possible with more precise and a larger amount of location information available.

And that is one of the most significant marketing uses of sensors coming.