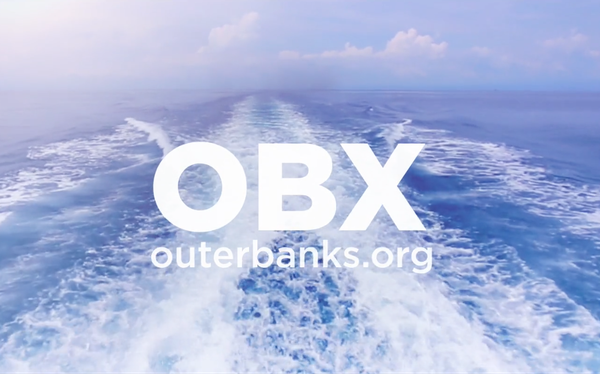 It’s never too early to think about summer vacation and the Outer Banks Visitors Bureau is encouraging consumers to think outside the box in its largest-ever broadcast campaign.

Four 30-second voiceless spots have a simple but effective premise: The word Box is superimposed over images of every day stresses like commuting in traffic, a frustrating taxi ride, crowded city living or the endless staring at screens. As the image changes to idyllic North Carolina, the word Box switches up its letters to become OBX, which is the abbreviation for the Outer Banks.

The spots end with outerbanks.org. The Outer Banks Visitors Bureau, based in Manteo, Dare County, N.C., is tax-funded and is the official tourism authority for the Outer Banks.

The spots broke in late March and run through early May. The target is urbanites of the Mid-Atlantic region who are shown how easily their crowded, hectic days can be realigned.

“Gone are the days when a destination could just sit back and wait for the visitors to arrive,” Lee Nettles, executive director, Outer Banks Visitors Bureau, tells Marketing Daily.

“BooneOakley recognized that what truly sets the Outer Banks apart is its ability to strip away the noise,” Nettles says. “This campaign is sort of like the traditional product demonstration, where you see the benefit happen in front of your eyes, but minus the shouting spokesperson. In our case, instead of the cleanser that removes grass and wine stains, or the knife so sharp it can cut a shoe, it’s the barrier islands that can cure the common city.”

The campaign airs on PBS in select markets in Virginia, Pennsylvania, D.C., plus statewide in North Carolina.

Media is handled by the client. Creative direction for the campaign is by David Oakley and Jim Mountjoy. Film and photography is client-supplied and stock.