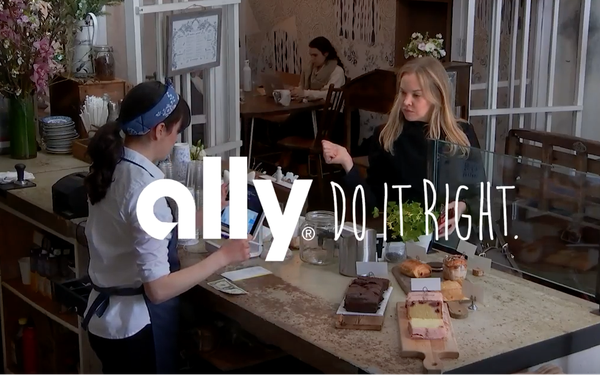 Ally Bank is launching a campaign that aims to raise awareness that consumers may not be getting the best rates for their savings accounts, costing them money in the long run.

“Save Your Savings” includes a series of short videos and an infographic.

Online hidden-camera videos illustrate just how strange it seems to throw away money in real-world situations, comparing that action with keeping savings in a lower-yield account. The videos use Ally’s trademark humor to show how real people react when a barista throws away her tips and the shocked reactions of pedestrians when a bag of money is put out with the trash.

The infographic shows how much money consumers could be losing out on when it comes to their savings accounts.

Ally’s goal is to continue to help consumers be more mindful of how they spend and save their money, said Andrea Brimmer, Ally Bank chief marketing officer.

“Earlier this year we launched the Ally Big Save, which inspired consumers to focus on saving for something bigger to make a more meaningful impact on what matters most to them and those they care about,” Brimmer says in a release. “With the ‘Save Your Savings’ campaign, we are focused on making sure consumers know that being mindful of where you place your savings could help you reach those ‘something bigger’ goals even faster.”

The survey revealed that nearly four in five consumers admit to going to great lengths to save money — 78% have switched things like cable or their monthly cell phone bill; however, when it comes to banking, 37% never monitor interest rates on savings products. The survey also found that women (44%) are more likely than men (30%) to not pay attention to interest rates for their savings products.

The survey was conducted online within the United States by The Harris Poll on behalf of Ally April 26-30 among 2,039 U.S. adults ages 18 and older.