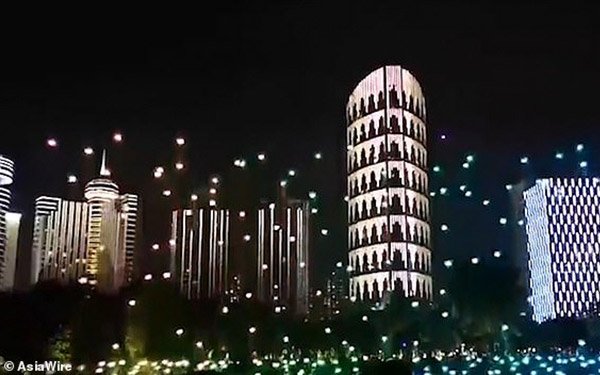 A drone light show experienced an apparent malfunction, causing dozens of the miniature drones to fall from the sky.

The month-long Hainan International Tourism Carnival in China kicked off with a light show using high-powered drones, according to a report in the “Daily Mail.”

More than 300 drones from High Great were used for the light show with drones flashing different colors programmed to follow a preset path, according to the report. The drones continued to change colors as they fell to the ground, with the failure being blamed on electromagnetic interference.

“Backup drones were then dispatched, and the drone show began again two hours later, this time without any trouble,” stated the report.

Drone light shows with Intel Shooting Star drones have been used at numerous events without any reported malfunctions or drones falling from the sky. The Intel drones were recently featured at a light show for an Audi car launch, to create a “Time” magazine cover in the sky, to carry Dolce & Gabbana handbags down a runway at a fashion show and are currently featured in the Christmas Spectacular at Radio City Music Hall with the Rockettes.