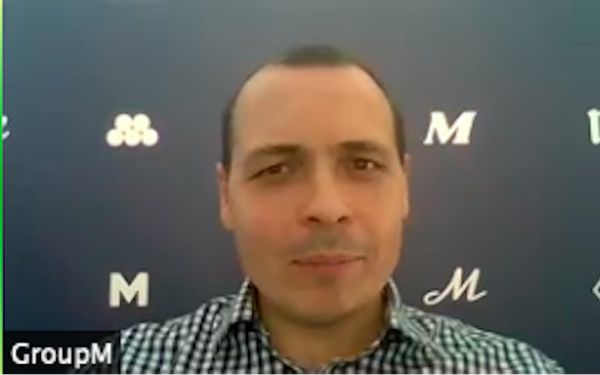 The big surprise from the COVID-19 pandemic’s initial impact on marketing is that it didn’t necessarily collapse advertising -- especially digital -- and that it is actually accelerating the digital transformation of businesses, and potentially industries.

Wieser was a special guest speaker during the webcast, which focused mostly on results of the IAB’s and PwC’s first-quarter Internet Advertising Revenue Report, as well as some proprietary IAB research. He said the transformation appears to be accelerating changes that some might not otherwise thought possible -- ranging from virtual upfront ad market presentations to mass retailing and small businesses.

Speaking about the upfronts, Wieser noted that many in the ad industry already were participating in them “virtually” and with no deleterious effect.

He predicted the long-term effect would be less reliance on “in-person” events -- not just for the upfront but for business and lifestyles, in general.

While overall ad spending will likely be impacted when all is said and done, Wieser said the first part of the first quarter wasn’t significantly impacted, noting that many U.S. TV advertisers had relatively rigid commitments. But he said the big surprise was that small businesses didn’t cut advertising outright, and instead shifted much of their resources into digital marketing.

He cited data from Facebook’s and Google’s recent earnings calls indicating that ad spending by small businesses remains strong, and that it likely reflects “a fight for survival” that is actually accelerating their transformation to more digital businesses.

“That's what's happened and the interesting paradox here is that they will allocate a greater resources potentially to digital activity as they go through their own forms of business transformation at a very micro level and at a very entrepreneurial level,” Wieser said -- adding that the same thing is impacting big businesses too, especially large retailers.

He cited recent earnings calls by both Best Buy and Target as examples.

“They basically shut down their entire store network for the second half of their quarter and didn't see a huge decline in total revenues because they tripled their sales online and in curbside pickup,” he said of Best Buy.

Later, he noted that Target last week reported “that the growth they saw in their digital activity brought forward three years of activity relative to what they would have expected.”

Wieser indicated that such transformation isn’t just taking place among businesses but among consumers too, noting that people who previously wouldn’t think about “buying food online” now think it’s “okay.”

In many cases, Wieser said, the examples aren’t just demonstrating that such business transformations are “possible, but superior.”

While he implied that the advertising economy will likely take a significant hit for the rest of the year, Wieser said such anecdotes suggest that it may not be nearly as severe as many had expected, or as bad as the macro economy will prove.

“GDP as a metric of economic activity will the far worse this year than during the global financial crisis,” he said, adding that the impact on advertising -- and on digital advertising, in particular -- “may not be as pronounced.”