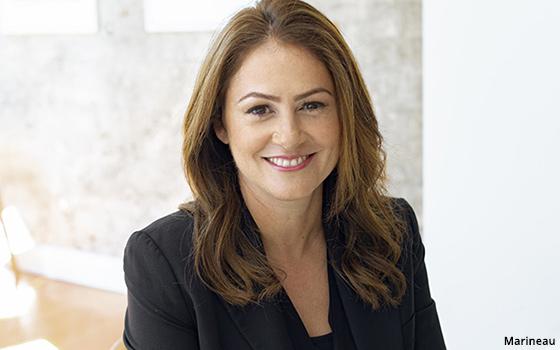 Rakuten Rewards on Monday announced an effort to bring its Cash Back program to Samsung Galaxy owners, making it easier to get cash back, lower prices and other discounts when shopping online via the Samsung Internet browser.

It’s one of many projects Dana Marineau oversees as CMO at Rakuten Rewards.

Marineau, who says the company’s name means “optimism in Japanese,” joined the company in June after two-and-a-half years as vice president of brand, creative and communications at Credit Karma and prior to that, 15 years at Electronic Arts in various roles.

Talking with Marineau, you’ll find her personal and work ethics intersect. Search & Performance Marketing Daily spoke with Marineau about her experience and the unique elements in her life that make it all work well.

Search & Performance Marketing Daily:  Today is a tumultuous time with COVID-19 and systemic change. What are your goals for the year?

Dana Marineau:  We are in a challenging moment in time, between COVID, the political environment, unemployment, a possible recession, and nervousness about going into stores. We need to ride the roller coaster with customers and make sure when they’re ready to shop, we are there for them. One of my goals is to prepare and find our customers the best deals.

S&PMD:  Are you the creative CMO or the tech-savvy CMO?

Marineau:  For many years there have been two types of CMOs. You had a brand CMO, and then you have a performance and data-driven CMO. You can’t be a great CMO in this environment without being great at both. The magic in marketing occurs when you combine a great storyteller with data. The best brands are meaningful and measurable.

S&PMD:  Did you always want to work in advertising and marketing?

Marineau:  When I was young I wanted to be a TV news anchor. I grew up n southern California and I was a news junkie.

I grew up watching Connie Chung and Barbara Walters -- all the amazing female news anchors in the late 1970s and 1980s. I would beg my mom to stay up late and watch the news. I just loved it, but I never wanted to be an actress. I loved being the authority and source of truth.

S&PMD:  What changed your course?

Marineau:  I went to college thinking I’d be a journalism major in the early 1990s. The internet was exploding, and journalism was changing. Being a news anchor is a different job. The journalism department at the school began pushing students into print journalism, over time, web journalist, and that just didn’t appeal to me. I also learned I didn’t love being on camera, so that’s sort of a problem.

S&PMD:  What is the best piece of advice you’ve receives and from whom did you receive it?

Marineau:  At EA, she was my boss for about 14 years. It wasn’t intended as advice, but I took it as such. As a leader she said, ‘you don’t work for me, I work for you.’ She meant the only reason for her being is to empower you, support you and unblock obstacles for you. I take that saying everywhere I go as a leader.

S&PMD:  Is this the same type of advice you would give?

Marineau:  Yes, but the other type of advice I give is to surround yourself with experts in the field. I always look to hire experts and those smarter than I.

S&PMD:  What type of books are on your to-read bookshelf?

Marineau:  Radical Candor: Be a Kick-Ass Boss Without Losing Your Humanity by Kim Scott, and Rodham by Curtis Sittenfeld.

S&PMD:  Is there something in Radical Candor that might apply to your job as a CMO?

Marineau:  Radical Candor is a leadership concept around giving and receiving feedback. I’m a leader who loves to give a lot of feedback. One of the concepts of this book is around trust.