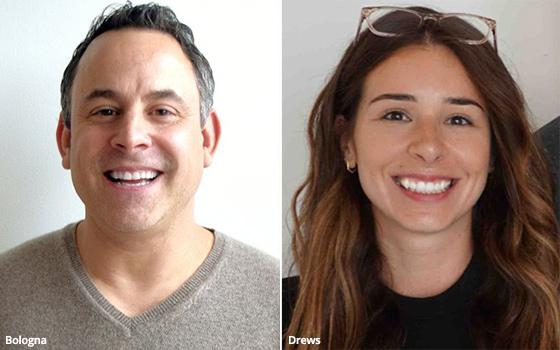 and Joanna Drews -- are starting a media metrics company, HyphaMetrics, using a proprietary panel of 5,000 homes.

The company, which has a $2 million early-round investment, looks to track all TV screens and devices into a single-source data stream for licensing to TV networks, media agencies, digital media platforms, multichannel video programming distributors (MVPDs), and other research companies.

HyphaMetrics says it will be the first to provide “a suite of data streams providing media viewing behavior figures at their most granular level that are both neutral and autonomous.”

Bologna had been the long-time president of GroupM’s Modi Media, its addressable TV unit. More recently, was president of one2one Media (which became part of Cadent). He will have the title of president and chief revenue officer of HyphaMetrics.

Joanna Drews, co-founder and chief executive officer of HyphaMetrics, had been director of product management and emerging assets at Comscore. Drew is also the measurement working group co-chair for AdLedger and is on the client advisory board for Captify.

HyphaMetrics says it will provide data at the individual household level -- from linear television, to streaming devices and apps to mobile web usage to gaming environments.

The company will focus on three main products:

ClearviewMetrics will offer viewing data across every network, program, advertisement, product placement, streaming app, gaming environment for all devices in the household of panel of 5,000 homes, comprising more than 15,000 devices. This product will launch in the second quarter of 2021.

ContentMetrics, available now, will look at time spent across each platform on TV sets in real time, including who is watching what content and in what format (live, time-shifted, or streaming) within a TV household.