IPG Unveils New-And-Improved Copy For Data: It's Not Your Father's 'Targeting' 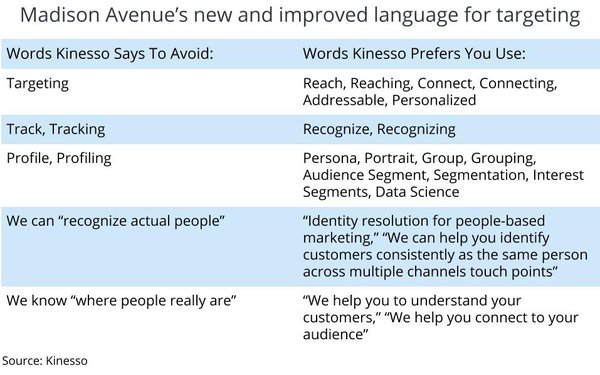 EASTON, CT -- Data scientists may be the new rock stars of Madison Avenue, but there's a reason they don't write copy for ads and Arun Kumar, Chief Data & Marketing Technology Officer of IPG and CEO of its Kinesso unit, proved it Tuesday when he presented recommendations for the ad industry's new language for consumer "targeting" during the day's opening keynote at i-com's Global Data Summit online.

Instead of the word "targeting," Kumar said IPG is advocating words like "reach," "reaching, "connect," "connecting," "addressable," and "personalized."

Instead of a term like "recognizing actual people," Kumar said IPG recommends "identifying customers consistently as the same person across multiple channels and touch points."

If that copy sounds a bit squishy, it's intentional, because Kumar said IPG and other industry research shows most consumers, regulators and other key stakeholders have become acutely concerned about the power of marketing data science to identify and target people, and the new, softer language is a way of assuaging those concerns. Ironically, it also seems like classic Madison Avenue' copysmithing intended to obscure, redirect and create less transparency, not more.

But Kumar acknowledges that the marketing industry is between a "rock and a hard place," and the new-and-improved language is intended to lower the temperature surrounding the broader debate so that Madison Avenue can focus on the benefits that responsible use of data has for consumers and society at large.

Kumar cited research conducted by IPG's Acxiom unit indicating that when asked about their data-privacy concerns, most consumers are not concerned about being targeted per se, but that they are actually worried about potential "identity theft," and that there has been "a lot of conflation between many of those terms and marketing."

That helps explain IPG's recommended new language, which grew out of broader "digital responsibility program" launched by IPG, which has made the ethical use of consumer data a core focus of its organization.

During his presentation, Kumar provided examples of data-based marketing campaigns in the telecommunications and automotive category that generated improved "lifts" utilizing privacy compliant techniques developed by the agency. He said they achieved these improvements by utilizing safe identity resolution techniques that reduced "customer churn" by making ads more relevant and "stickier with our products and services."

In the end, Kumar told the i-com data marketing attendees that they should think about what they do the way consumers would.

"If you are a consumer, think of the number of times that you've had an experience and shook your head and said, "That brand doesn’t know me at all. I’ve just bought that product and they’re still chasing me with ads.'" 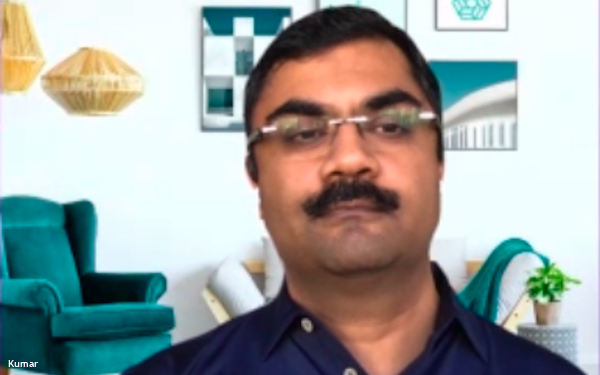