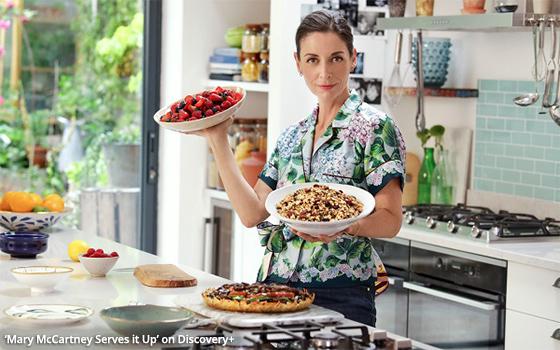 Discovery’s scorched-earth promotion campaign for its new streaming service has not visibly ebbed since the last time the TV Blog got into this subject on January 8.

That was four days after the launch of the company’s ambitious new service, Discovery+ (yes, I know: Another day, another new streaming service with a “+” sign in its name).

Now, a month later, the Discovery+ promo spots, on-screen billboards and other doodads and widgets are still alive and well -- and omnipresent -- across all of the Discovery-owned basic-cable networks.

When watching a show on any of the company’s networks, it is possible to form the impression that anywhere from one-quarter to one-half of the available commercial time on the Discovery networks is given over to promoting the company’s own shows and more recently, Discovery+.

The strategy seems focused on driving interest and subscriptions for Discovery+ by promoting content that is exclusive to the streaming service and by definition, not available to watch on any of the company’s dozen or so networks.

This week on Wednesday evening, for example, the customary two-hour episode of “My 600-Lb Life” on TLC was stuffed with promo spots for Discovery+ content.

Among the shows the promos were pitching that evening were yet-another spinoff of “90-Day Fiancé” that you cannot see on TLC, and a true-crime documentary also exclusive to Discovery+ about John Wayne Gacy, one of the worst serial killers in U.S. history.

So, these are among the incentives to subscribe to Discovery+ -- a continuation of “90-Day Fiancé” with a spinoff that looks a lot like all the other spin-offs of this show, and a documentary about an ignominious murderer whose story has been told a hundred times before (and doesn’t get any better with each telling).

At least the price of Discovery+ is relatively low -- $4.99 a month for a version of the service with advertising, or $6.99 without ads.

But, as mentioned in at least one of several TV Blogs published here since the beginning of the year about Discovery+, this service’s challenge seems to be this: It is marketing and promoting a video content streaming service based entirely on unscripted, reality and documentary content, which is definitely not how the other streaming services made their bones.

While a number of documentary-type films and shows have made a splash on the other services, their bread-and-butter is scripted drama and in some cases, off-network sitcoms such as “The Office” on Peacock.

To its credit, Discovery is trying to generate excitement and subscriptions with a content lineup with no such signature scripted drama series or fan-fave comedies -- a feat that Discovery is the first to attempt.

Instead, Discovery+ means to entice people to subscribe with home renovations from the likes of Chip and Joanna Gaines, and Maureen McCormick of “The Brady Bunch,” and cooking shows you can’t see on regular Discovery channels such as the new one that started this week on Discovery+ starring Paul McCartney’s eldest daughter, “Mary McCartney Serves It Up” (pictured above).

Meanwhile, the great Discovery Networks promotion machine shows no sign of slowing down the pace anytime soon. Apparently, a lot is riding on this Discovery+ project -- quite possibly the very future of the company.

So far, there has been no word on whether this great promotional juggernaut has produced the desired results -- namely, millions of subscribers who simply cannot get enough “90-Day Fiancé” on TLC.