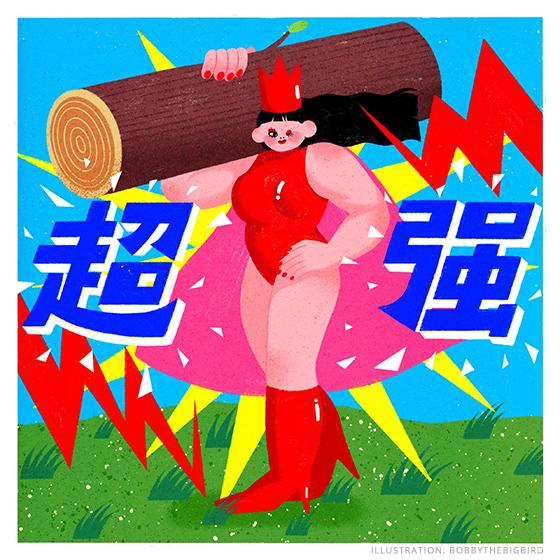 Design studio This Thing of Ours is teaming with 90 female illustrators for an animated film based on IWD’s theme this year, #ChooseToChallenge.

To kickstart the project, the studio put out a call for female illustrators on Instagram, receiving more than 600 responses from across the globe. Each frame incorporates the animator’s personal style as well as their vision on this year’s theme advocating against gender bias. This includes addressing the disappearance of 5,500 Peruvian women in 2020 to paying a tribute to “women with a whole spectrum of battles that they tackle every single day.”

The animation will be shared via This Thing of Ours and sister agency’s Waste social channels, as well as through each collaborating creator’s platforms.

Rapp is putting together a series of new “ReLearns” spots that touch upon issues that women-identifying talent face in the office, including mansplaining, preparing for maternity leave, and returning to work thereafter. The first video discusses misogyny and how to advance in male-driven culture.

To extend the conversation, Rapp leaders have scheduled two sessions with a coach who works with Mark Strong Consulting to further talk about setting boundaries as well as self-care and gaining insights from female trailblazers.

Each RAPP office will also support local, women-owned businesses by reimbursing team members for their purchases.

Agency Chemistry put together a collection of cards dubbed “The Queen of All Trades Collection” that humorously details life as a female in the corporate world, such as the “breastfeeding boss” and “the 6th love language.” Each $5 card will support InHerShoes, a nonprofit aimed at encouraging women to be more courageous.

Lion’s Den is continuing its annual tradition of posters celebrating the day. This year the sex toy company and agency Fancy are using bold typeface on this year’s poster with the message “Women Come First,” a departure from the past posters featuring a female silhouette. “It seemed appropriate to simplify the message, to have concrete words and colors speak loudly and clearly,” explains an agency representative.

Havas Media is hosting several programs and initiatives throughout the month to support its female employees. This includes workshops and panel discussions about different leadership styles as well as tactics to build a support system of women within their regions. The group will also highlight “Up and Coming” female talent at Havas, sharing profiles and gathering their perspectives on Havas All In, a global DE&I diversity blog.

Berlin Cameron is partnering with nonprofit Action Button to support groups that are helping women hit hard economically during the pandemic. The site prompts visitors to tap several options, such as inviting people to email congress, signing a petition to show support for the Marshall Plan for Moms, donating to Dress for Success or mentoring through Connect4Women, a network founded by Jennifer DaSilva, president of Berlin Camero.