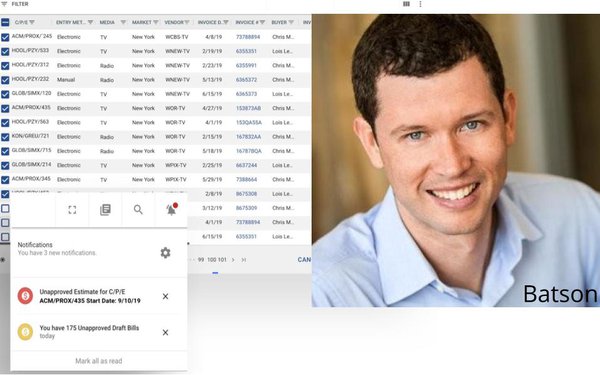 In a move that has implications far beyond Madison Avenue’s green eyeshade crowd, media-buying data processor Hudson MX is introducing a new cloud-based media accounting platform that could shake up many of the ways the advertising world has traditionally accounted for its media buys.

The new platform -- aptly named FinanceAssist -- offers a clean slate for advertisers and agencies to customize and innovate how they do bookkeeping for their media buys, enabling them to break free of legacy systems -- principally Hudson MX rival MediaOcean’s -- which are built on static mainframe computer systems that have stifled innovation in the ways Madison Avenue manages data and financial records associated with its media buys.

While that may not sound like the sexiest innovation for an industry being rapidly transformed by changes in the media -- and media formats -- it buys and sells, it is precisely because of those changes that Founder JT Batson formed Hudson MX in the first place, and he says the new cloud-based accounting platform is crucial to giving advertisers and agencies the flexibility they need to adapt and innovate for the future.

“The media industry has fully migrated to the cloud, and yet advertising is still stuck in legacy mainframe systems that were programmed in the era of COBOL,” Batson explains, referring to a business programming language originally created in 1959 he claims still underpins much of MediaOcean’s systems.

Aside from being creaking and inflexible, Batson says the archaic media accounting systems have kept data “locked in silos,” preventing it from being shared with other parts of agency organizations, such as HR, or even directly with clients.

By moving media accounting to the cloud and enabling how it is processed to be programmed flexibility based on individual organization and client needs, Batson says it will enable advertisers and agencies to create new ways of utilizing -- and thinking about -- their data, including potentially creating new proprietary customized ways of estimating media-buying guarantees, auditing media buys, and even providing shareholder compliance data to investors.

To help agencies and clients make better use of these opportunities, Hudson MX has aligned with ad industry management consultant MediaLink, which is owned by one of Hudson MX’s chief investors, Ascential PLC.

Batson says the integration with MediaLink makes strategic sense, but he emphasizes that Hudson MX remains a neutral software developer and it hopes to work with other management consultants advising advertisers and agencies, too.

One of Hudson MX’s original investors, Ascential recently doubled down along with the startup’s original funders as part of a new $63.5 million round to fund its growth.

“The Hudson MX platform responds to more than 30 years of process and technical debt that hampered progress and transformation in the media ecosystem,” Irwin Gotlieb, former global chairman and CEO of WPP’s GroupM and an independent investor in Hudson MX, said in a statement announcing the new FinanceAssist platform. “The industry has long needed a viable alternative to the legacy systems that it has had to rely on, with enormous consequence to progress.”

Cover of the original U.S. Department of Defense report outlining the COBOL programming language in 1960. 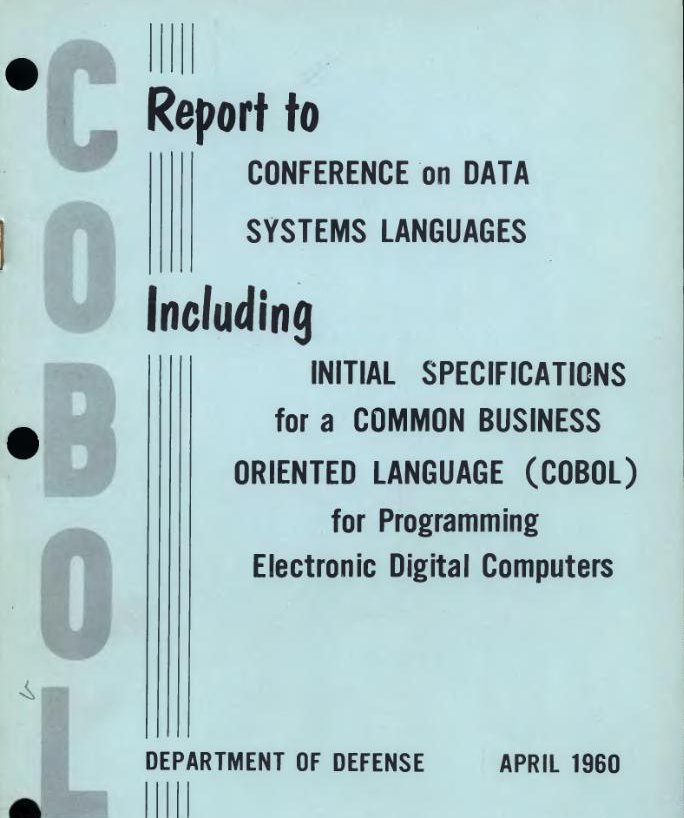