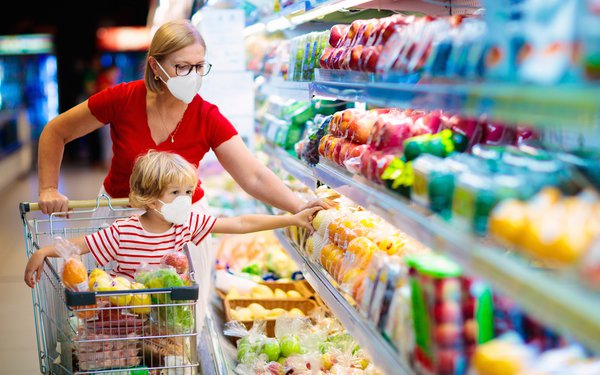 Data from the Nextdoor app has become a valuable tool for marketers looking to track real-time, local changes in consumer behavior among neighborhoods. The data reveals consumers' spending habits and media-consumption preferences as well as environmental issues.

The app on Wednesday released a guide on the changing consumption patterns of U.S. neighbors. 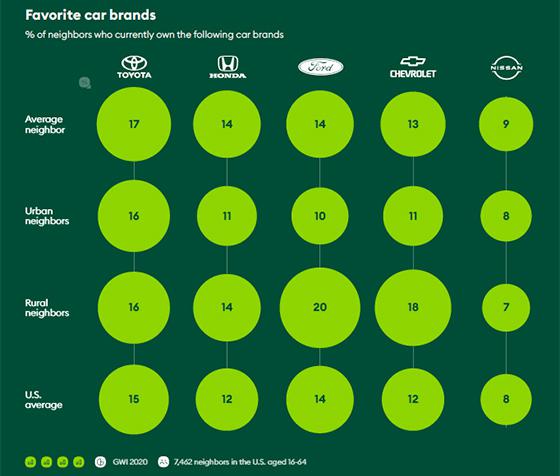 As vaccinations increase, businesses re-open, and vacation plans emerge, the report addresses how the COVID-19 pandemic has impacted neighbors’ finances and spending habits. People also became “accidental savers,” according to the data.

The data comes from the Global Web Index. All data in the report is drawn from GWI’s online research among internet users ages 16 to 64. The figures are representative of the online populations of each market, not its total population

Online purchases have surged. Neighbors bought more electronics and furniture for home offices, and healthcare options to keep them healthy. The outlook for 2021 looks positive for the next six months, according to the data.

Around one in five survey participants say they are planning to buy a car.

While the online boom continues across categories, neighbors seem to crave the in-store experience again. One-fifth of neighbors say they rely more on local businesses now than they did before the pandemic, which is huge for local and hyper-local ad targeting and SEO.

As other studies have found, more time at home means higher media consumption. The average neighbor now spends two hours a day on social media, although they are selective about which apps they use. For instance, 16% of neighbors have not visited Facebook in the past month, and 47% have not used Instagram, according to Nextdoor data.

The data is revealing, showing the neighborhoods with the percentage of people who own certain car brands. Although seven in 10 neighbors are driving more than once a week, car purchases declined across all audiences in 2020 compared to 2019. Cars were one of the major purchases that neighbors chose to delay as a result of COVID-19.

Toward the end of the year, neighbors began making delayed purchases again -- showing that the market decline was temporary and is picking back up. Looking to the next six months, the outlook for automotive appears to be positive, per the data. Around one in five say they are planning to buy a car during this time period, with younger and urban neighbors particularly ahead.

People are beginning to consider hybrid and electric vehicles. The number who currently have a hybrid vehicle has ticked up since 2019, while mentions of Tesla on Nextdoor have grown by 90% year-over-year.

On the horizon are planned vacations and dining-out experiences.  While travel plans were halted by the pandemic, now more than one in four neighbors say they are very likely to book a vacation in 2021.

In addition, more are planning major purchases in the coming months that include electronics, travel, and home improvement items.

What will have the greatest impact on travel? Some 35% said it will be the value for money, while 30% cite weather and time of year, 27% seek a relaxing experience, 22% are in search of a cultural experience, 19% still want to visit friends and family, and 18% are looking for special offers and deals.

People also are eager to gain access to 5G. In fact, they are 25% more likely than average to say they want access as soon as possible, while more than 40% want 5G at some point in the future.

AT&T and Verizon tie for the top mobile network brands among neighbors, but there are clear divides by location. Urban areas are loyal to AT&T, rural neighbors are fans of Verizon, with 38% using the network compared to only 18% of those in urban areas.
Access to 5G means innovations in marketing, performance and advertising. The faster speeds will make it easier to innovate.

Data from the Nextdoor app has become a valuable tool for marketers looking to track real-time, nearby changes in neighborhoods.