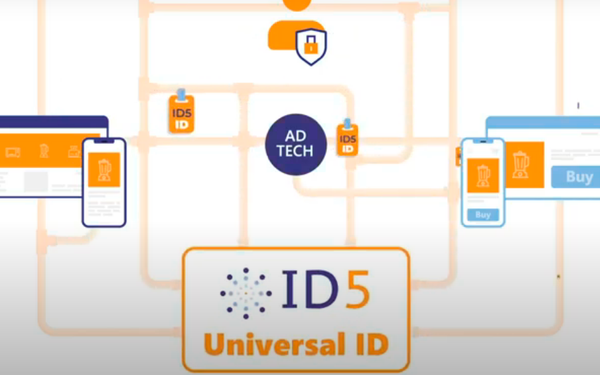 Telmar, a leading provider of media-planning and buying software and data to ad agencies, this morning announced it is offering a cookie-less identity data solution developed by ID5 to help agencies and brands target consumers as third-party cookies and mobile ad IDs (MAIDs) are deprecated by big platforms like Google and Apple.

ID5 claims its "universal ID solution enables the sharing of user-level information," as well as the "activation of first- and third-party data" in all browser and in-app advertising environments. It also asserts that its solution is 100% consumer privacy-compliant.

While countless post-cookie identity solutions are flooding the ad marketplace in the wake of Google's and Apple's moves, becoming integrated into Telmar's systems provides a tacit vote of confidence for ID5's method.

In a related move, Telmar said it is joining "Inside," a partnership program developed by ID5 for technology and media companies to support the distribution of its cookie-less IDs.

In a statement, ID5 CEO Mathieu Roche claimed the company's IDs are "active on more than 60,000 websites and reaches over 500 million users per day globally."