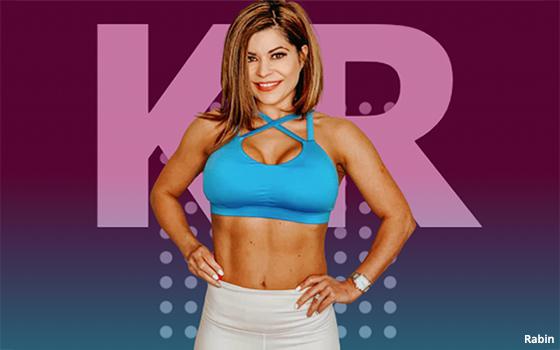 Fraudsters run ads on Facebook for merchandise that doesn’t exist in hopes of stealing money from unsuspecting consumers, and they have done this for years.

Now one mom and fitness guru who worked for years to build a business says she’s a victim of a similar type of Facebook advertising fraud.

Karina Rabin uses her website as a marketing tool and an ecommerce store to sell things like the nutrition book she wrote, called "Eat Your Way To Fit," and a fitness program for moms to help reduce belly fat after having a child. She also advertises and markets on Facebook, YouTube, TikTok and Instagram, using each platform's live streaming technology to run fitness classes.

Instagram, for example, introduced a bonus program in July. It now pays users who stream live and interact with their viewers after a certain number of hours between $100 and $250, which helps to supplement income.

“I had 7,000 Facebook friends and 23,000 Instagram Followers,” Rabin said. “I'm a mom and a small business owner. I just started my business a year ago, and I worked my ass off to grow my business online.”

Rabin holds free 60- to 90-minute workout classes on Facebook and Instagram, and “literally sweats and screams to bring a healthy life to other people." So "it really hurts to lose everything I built," she says.

She had to close all accounts, open new ones, and begin switching over all the bills to new cards.

Many of her more than 300 clients work out from home because they are new moms. They don't go to the gym.

The trouble began for Rabin on Aug. 7, after buying $48 in Facebook Ads. Shortly afterward, while direct messaging a friend on Instagram, she got kicked off the platform and couldn’t sign into her account. An email she received then told her someone from Georgia had changed her password . Rabin lives in Colorado.

“PayPal isn’t recognizing this as fraud,” she said.

Today, Rabin said she received another email from PayPal saying they do not see any unauthorized use of her Facebook account. “That is just mindboggling,” she wrote in an email. “PayPal does not believe me that I didn't send $5,000 to Facebook ads. And Facebook won't talk to me.”

PayPal and Facebook each told Search & Performance Marketing Daily they are looking into the problem.

Based on the situation, this is typically not something PayPal could pursue. It needs to be done on Facebook's end, a PayPal spokesperson said.

Update: Facebook's system automatically locked Rabin's account after detecting suspicious activity, and now the social media site is providing support so she can regain access and get a refund for any illegitimate charges. A Facebook spokesperson encouraged others to keep their account secure with two-factor authentication, and by doing a free security checkup.