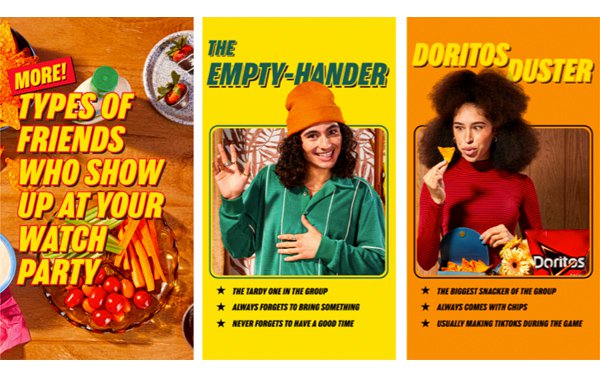 Searching for the best snacks to enjoy on Super Bowl Sunday? Instacart this week launched its first social Super Bowl brand campaign, which is running during the week leading up to the big game.

The Here for the Snacks campaign, which rolled out Tuesday, celebrates foodies and those who look forward to the Super Bowl not because of the game but because of food, friends and family.

Super Bowl LVI 2022, with the Cincinnati Bengals facing off against the Los Angeles Rams this Sunday, is projected to reach a record audience -- 117 million viewers on NBC’s network, the host of this year’s Super Bowl, estimates data analytics firm PredictHQ.

That’s up 21% compared with 2021. Imagine all the snacks those millions of fans will consume.

Instacart collaborated with top TikTok creators who collectively have more than 140 million followers on the platform. The focus turns to creating music, fashion and food-driven content that celebrates the greatest Super Bowl snacks.

The campaign focuses on providing inspiration for snacks as well as celebrating them, together with deals on fan-favorite game day groceries in the week leading up to the Super Bowl.

Each day this week in the Instacart app, the company said it would reveal deals for up to 95% off some of the most popular snacks and game-day groceries, from Pepsi products to Lay’s and Doritos chips.

The idea is to drive buzz. The campaign is supported by in-app merchandising, social content, CRM and the publication of Instacart’s second annual Snacktime Report, a look at the most popular game day snacks, according to Instacart purchase and survey data.

Conducted online by The Harris Poll, Instacart surveyed more than 2,000 U.S. adults and found 70% plan to watch the Super Bowl this year with football, 65%, and snacks, 60%, topping the list for what game day viewers favor the most.

Chips dominate when it comes to game-day snacking, and grocery data backs this up, with 1 in 3 customers making chip purchases leading up to last year’s event. Americans are largely in favor of classic chips and original flavors, with 76% of game-day viewers preferring tortilla chips, and 70% preferring potato chips. Some 44% like bolder flavors such as nacho, and 43% prefer BBQ, while 38% like sour cream and onion, and 33% want hot and spicy chips. 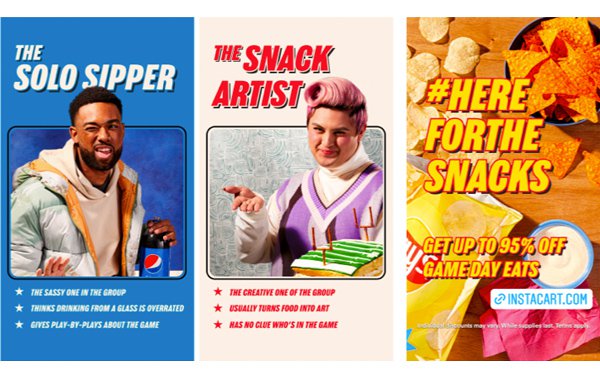