Big Agencies In Discussion To Rate Credibility Of Ad-Supported Podcasts 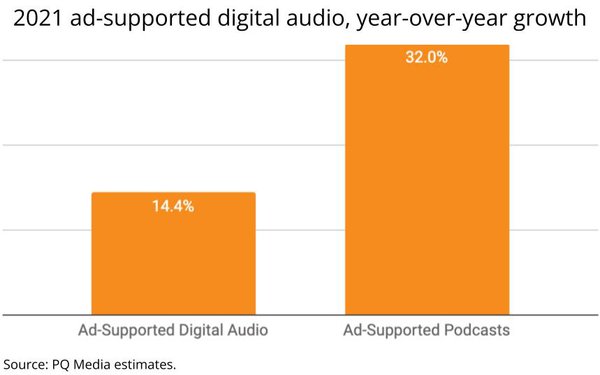 On the heels of the 2022 podcast upfront advertising marketplace, several of Madison Avenue’s biggest holding companies are negotiating to be the lead sponsor of a new service rating the credibility of information of ad-supported podcasts, and could potential influence the allocation of millions of dollars of ad spending to the increasingly popular medium.

The new ratings service is being developed by NewsGuard, which has already become a gold standard for rating the veracity of information-based websites, and is expected to introduce a similar service rating the credibility of news programs and networks in time for the 2022-23 upfront TV advertising marketplace.

Like the TV news rating service, which was underwritten by IPG Mediabrands, NewsGuard is said to be in talks with at least three of the ad industry’s big holding companies to fund the new podcast rating service, and would reap a six-month exclusive window as part of the deal.

“We were approached by two of the holding companies and are now in discussions at various stages with three of them and have just had a preliminary discussion with a fourth,” NewsGuard Co-Founder and Co-CEO Steven Brill said in response to an inquiry from MediaPost.

He declined to disclose which holding companies have expressed an interest in the new service, but interest as been piqued for new brand-safety tools for podcasts on Madison Avenue following the attention generated by false and questionable information by one of the medium’s most popular podcasts, Spotify’s “The Joe Rogan Experience.”

The show came under attack -- as did its distributor, publicly traded Spotify -- when it disseminated false information about COVID-19 and vaccines used to treat it that could harm the health of listeners.

Spotify subsequently developed a new policy of adding disclaimers about questionable information as a public warning to listeners of the podcast, but the attention has raised concerns among regulators as well as advertisers about the potential risks of public harm -- including the spread of misinformation -- from the largely unregulated medium.

“The potential for misinformation to go largely unchecked on podcasts is clear,” Brookings analyst Valerie Wirtschafter wrote in an analysis of the history and pitfalls of the medium published on the institute’s website last August following the “Rogan” controversy.

“But what is the scale of this problem?,” she continued, noting: "I recently examined more than 8,000 episodes of popular political podcasts. By using machine learning and natural language processing to match transcriptions of the podcasts with a fact-checking database of false or misleading political claims, I found that more than one-tenth of the episodes shared potentially false information. These flagged episodes have collectively received more than 100 million views, likes, or comments."

Unlike a variety of automated keyword and semantic filtering solutions utilizing AI, machine-learning and algorithms, NewsGuard has found success by using a human-based approach of expert analysts – usually journalists -- applying objective criteria to ascertain the truth and accuracy of information on websites, social media, and now on TV and podcasts.

Importantly, NewsGuard’s approach is considered less of a blunt instrument than many of the AI-based solutions, and ad agencies say they like it because it enables them to understand the veracity of news and information buys based on their context -- as well as the ability to develop “inclusion” and “exclusion” lists and to avoid simplistic keyword-blocking approaches that could inadvertently harm publishers of quality news, information and journalism.

The new podcast ratings service being developed by NewsGuard utilizes different criteria than the ones it has developed for websites and TV programs, because of inherent differences in the media.

For example, the podcast methodology has four main criteria vs. nine for websites, but it also leverages more fields of unique metadata contained within the podcasts themselves.

Regardless of which agency ends up underwriting it, the new podcast ratings service could have a material impact on the burgeoning podcast advertising marketplace.

Podcasting was the fastest-growing segment of the $18 billion U.S. audio advertising marketplace in 2021, according to estimates released by PQ Media late last year. “Podcast advertising is on pace for a 32% surge in 2021,” it projected.

Spotify, a music streaming service, which entered the podcast marketplace in 2019, said its ad-supported podcast revenues grew 65% in 2021, and have “reached a record 15%” of its total revenue.

While it’s unclear how much and how soon NewsGuard’s new ratings might impact the podcast advertising market, the service is expected to be operational by this summer.

The Interactive Advertising Bureau (IAB) is hosting its “podcast upfront” presentations to the ad industry May 10-12, and will unveil details tomorrow.