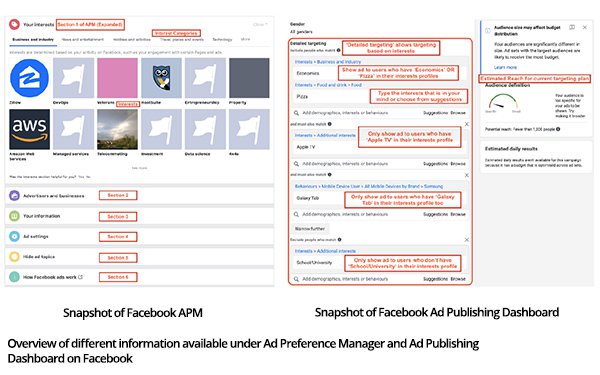 Facebook’s Interest Category targeting may be up to 33% inaccurate, according to researchers at North Carolina State University who conducted two separate controlled experiments.

The first experiment focused on determining the activities associated with “interest” on Facebook, and the second analyzed the accuracy of user interests from participants worldwide.

“It’s well established that Facebook’s targeting algorithm often sends people ads for things they have no interest in,” Aafaq Sabir, research assistant at North Carolina State University, wrote in the report’s summary. “But it wasn’t clear why people were getting the wrong ads.”

The paper — Analyzing the Impact and Accuracy of Facebook’s Activity on Facebook’s Ad-Interest Inference Process — reveals how controlled experiments helped to answer questions such as how Facebook infers user interests by creating new Facebook accounts and perform planned activities such as liking and commenting on posts or pages to make causal inferences between inferred interests and different online activities.

For the 14 accounts created for this study, researchers found that 33.22% of the inferred interests were inaccurate or irrelevant.

The researchers then recruited 146 participants for the second study from the U.S., Europe, and India using Amazon Mechanical Turk, and developed a Chrome browser extension to collect data from participants’ own Facebook accounts. They asked questions about the accuracy and relevance of ads and inferred interests. Among this group, 29.3% of the interests Facebook had listed for the study participants were actually not of interest.

The research also found that the explanations describing why a particular interest was inferred about a user were vague, and sometimes even misleading. Researchers evaluated the accuracy of interest explanations by performing controlled activities and mapping the inferred interests to an activity performed, then compared the provided explanations for each interest with the explanations.

Some 52.7% of participants were unaware that they could view the reason for every ad shown on Facebook, and 65.8% of the participants had never visited their interest profile.