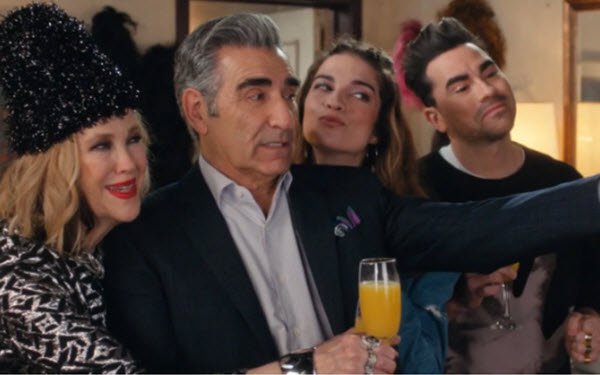 The deal, for rights to all six seasons of the show, is something of a coup for Disney’s Hulu.

But for Netflix, the loss of the hit series comes on the heels of reporting a loss of 200,000 subscribers in its first quarter.

The series was commissioned by and premiered on Canada’s CBC Television network in 2015, but gained momentum after moving to Netflix in 2017.

Netflix has vowed to “double down on story development and creative excellence,” and it remains the largest original content producer as well as the world’s largest streamer.

But it has taken some viewing hits in recent years with the loss of several big draws, including “Friends” (which moved to HBO Max as of 2020), and “The Office” (which moved to NBCUniversal’s Peacock in 2021).

“Schitt’s Creek,” created by two of its stars, Eugene and Daniel Levy, is produced in association with CBC and Pop TV and distributed domestically by Lionsgate and internationally by ITV Studios Global Entertainment.