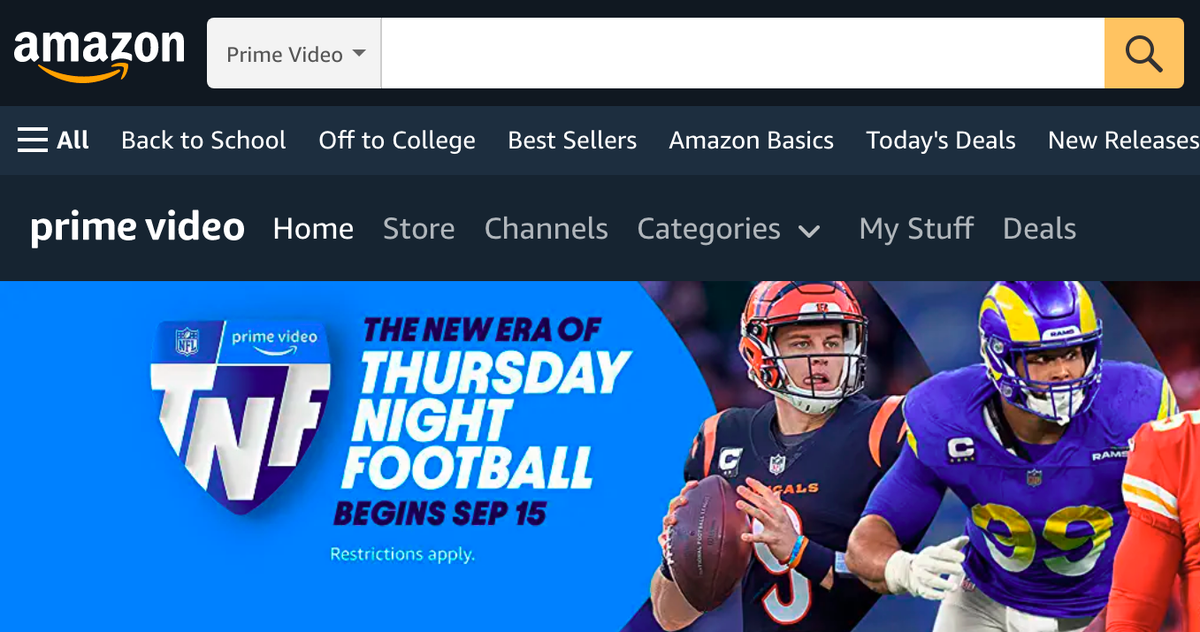 As part of a three-year-deal to measure viewership for Amazon’s new NFL Thursday Night Football,” Nielsen will include live-streaming viewing of games in its national TV rating service -- the first time a streaming platform's live exclusive programming will be included in its national TV ratings. Amazon won the right to air 15 exclusive “Thursday Night Football” games in March 2021 under a multi-year $1 billion deal. Previously, the “TNF” series, for the bulk of the series games, was simulcast by Fox Television Network and the NFL Network.

Last season, Fox/NFL Network’s "Thursday Night Football" grew 9% to 14.9 million for 11 games. NFL Network was up 36% to 8.1 million for seven games that it aired exclusively on Thursday night and on other days.

In addition, Nielsen says that beginning with the 2022 NFL season, measurement will include full coverage of the TNF broadcast -- pregame, in-game and postgame programming -- on Amazon Prime Video and Amazon’s gaming platform, Twitch, as well as the over-the-air stations in teams’ local markets each week, and out-of-home viewing.

"Thursday Night Football" will be measured and processed like all other NFL games, using Nielsen’s national TV panel, which allows for the same metrics to be reported across all other national networks.

Nielsen says that measuring the full streaming coverage of the games is a big deal, as NFL pre-game and post-game programs were among the top 27 live telecasts in 2021, and comprised 47 of the top 50.