Google CTV Features In Display & Video 360 Advance To Next Steps 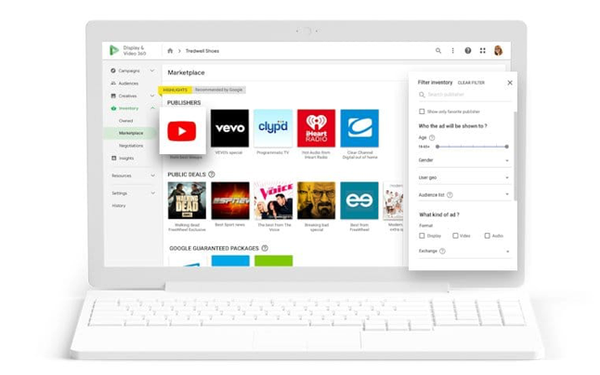 One early adopter, Uber, secures CTV inventory around high-visibility events and combines it with programmatic buying.

Google also simplified the process to buy and consolidate YouTube CTV and other CTV apps. The idea is to improve media performance by managing campaign goals across any CTV inventory.

Audience guarantees are now backed by Nielsen for streaming TV and video in Display & Video 360.

Since CTV and video buyers often use Nielsen Digital Ad Ratings to identify the system of record, the change should make it easier for buyers to plan, buy and measure an entire connected TV upfront in Display & Video 360 in comparable ways to linear TV.

Marketers, when setting up deals, need to choose a specific age and gender demographic, such as adults ages 18 to 49, and pay only for the ad impressions that reach the target audience as measured by Nielsen DAR.

Audience guarantees are available for Programmatic Guaranteed ads running with a set of publishers on Google Ad Manager in the U.S., but the company plans to expand to more publishers and exchanges. No timeline provided.

Exchanges Xandr, and Magnite have joined the list working with Google Ad Manager as Google seeks expansion of audiences for Programmatic Guarantee, after expanding capabilities for marketers to reach Google audiences on CTV campaigns when bidding on open auction inventory.

Marketers can use Google affinity, in-market and demo segments while buying Programmatic Guaranteed deals across a variety of participating publishers.

Google agrees, and improved how frequency caps work. Once a campaign reaches its goal for certain users -- whether via open auction, Programmatic Guaranteed, or a combination of the two -- Display & Video 360 will stop serving up the ads to these users, but continue to prioritize and deliver the agreed number of impressions from the guaranteed deals.

This simplified workflow designed for CTV campaigns to help minimize technical blockers that typically limit reach on CTV devices. It puts YouTube side-by-side with other top CTV inventory to optimize for common goals or control ad frequency across your entire CTV media mix.